Voice recognition can tell if your child has asthma or pneumonia 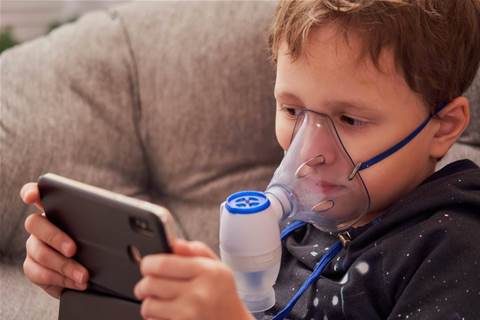 A new artificial intelligence based app with similar audio analysis tools used by virtual assistants like Siri and Alexa may soon be helping doctors diagnose respiratory disorders in children.

Parsing out the faint sounds in a child's cough to make an accurate diagnosis can be tough, even for experienced doctors who can also use a variety of other clinical tests to support their diagnosis.

An initial inaccurate diagnosis can lead to poorer care and outcomes for children, as well as the unnecessary prescription of antibiotics which contributes to a global drug resistance problem.

However, a new automated analysis app co-developed at Curtin University and the University of Queensland might be the solution.

The researchers trained the machine learning algorithms behind the app to recognise features of coughs which are characteristic of five different respiratory diseases, including asthma, pneumonia, croup, bronchiolitis and lower respiratory tract disease.

The accuracy of the app, which solely relied on audio data, was compared to that of a panel of paediatricians who had reviewed the lab findings, hospital charts, imaging results and conducted all available clinical investigations.

After surveying 585 children between the ages of 29 days and 12 years, the app’s results closely mirrored (and even slightly outperformed) the panel.

“As the tool does not rely on clinical investigations, it can be used by health care providers of all levels of training and expertise,” said Dr Paul Porter, an author of the study.

“However, we would advise that where possible the tool should be used in conjunction with a clinician to maximise the clinical accuracy.”

In the absence of other clinical tests, the app could be deployed in telehealth situations, where a number of faint sounds mightn’t easily be transmitted to a doctor’s ears.

Timing is another factor - in the delivery of remote medicine, the longer turnaround of imaging and other tests can delay treatment. An accurate diagnosis through the app could mean faster, more effective treatment.

“It can be difficult to differentiate between respiratory disorders in children, even for experienced doctors. This study demonstrates how new technology, mathematical concepts, machine learning and clinical medicine can be successfully combined to produce completely new diagnostic tests utilising the expertise of several disciplines,” Porter added.

Funding for the project was provided by ASX-listed company ResApp Health, which is working to commercialise the automated analyser under license from the University of Queensland.