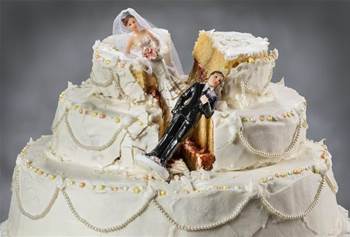 Filing to Federal Court a picture of lonesome misery.

TPG has conspicuously sheeted back to Canberra the costs of regulatory and security decisions that have halted both its proposed merger with Vodafone or the use of Huawei’s equipment to build a 5G network, revealing it’s stuck between a rock and hard place.

In an extensive document filed to the Federal Court late Thursday, TPG sets out a litany of technical issues it says make it effectively impossible to viably roll out 5G on its own mobile network without using Huawei kit, one of the trigger points for its attempted tie-up with Vodafone.

Vodafone and TPG are fighting the Australian Competition and Consumer Commission’s decision to block the merger in the Federal Court on the grounds it diminishes competition.

The ACCC’s core argument is that four carriers in the local market are better than three for consumers, and that companies like Vodafone have enough scale to survive without eating local competitors.

The intensive grizzling about the Huawei ban’s consequences by TPG essentially boil down to the future viability of its mobile network being undermined unless the junior telco is able to buddy-up with a bigger carrier without the same exposure to the national security related bans.

“TPG's proposed mobile network relied on Baseband Units (BBUs), which are a central "hub" for several Remote Radio Units (RRUs), and are not located on a utility pole. The purpose of this network design was to enable TPG to move most of the processing power and traffic management technology in the RAN from the utility pole (where the RRU is installed) to the location of the BBU,” the court documents say.

“Centralising BBUs facilitates the management of interference between neighbouring RRUs; no other mobile network in Australia uses small cells and low band frequency spectrum in the manner that TPG's proposed mobile network did; TPG has insufficient spectrum to compete effectively in the Retail Mobile Market using a predominantly macro RAN site based network.”

A further issue outlined is that TPG’s mobile network was rolled out based on the proximity to its existing fibre network and there will be a raft of issues for it trying to access poles and other small cell sites.

“Sites closer to TPG's fibre network allow easier and more cost effective connection of small cells to the fibre network. The topography and building density surrounding, and the height of, a given utility pole can affect its suitability as a small cell site,” the court documents say.

Other telcos, including Optus are also fretting about what they can fit small cells to, with regulators under industry pressure to ease-up on restrictions on where they can be erected.

TPG also says that its limited access to spectrum compared the holdings of Telstra and Optus cut it off at the knees in terms taking up the fight [without a merger].

“TPG has access to insufficient 3.6 GHz spectrum to provide a level of capacity for 5G services in the Retail Mobile Market in metropolitan areas that allows it to compete effectively with Telstra and Optus,” the court documents state

“It is uncertain whether it will be possible for TPG to acquire additional spectrum, the nature of any such spectrum and the time or price at which it might become available.”

Then there’s problem of getting someone other than Huawei to build something 5G that will fly within a viable time frame.

“No alternative vendor to Huawei has currently provided, or indicated that it will, in a timeframe that would enable TPG to compete effectively, provide, a technical solution that would allow TPG to deploy a NSA 5G mobile network using small cells installed on the same utility poles and TPG's current spectrum holdings,” the court documents state.

Corporate without either a Voda merger or access to Huawei kit would essentially cease to go on, TPG argues.

“There is no credible business case for a mobile network that cannot be upgraded to a 5G network,” the court documents say.

Life’s not all bad news for TPG chief executive David Teoh though.

He easily made the cut for the annual Australian Financial Review Rich List of Australia’s 200 wealthiest citizens released on Friday, placing Teoh (and his wife Vicky) as Australia’s 38th wealthiest people, sitting on a personal fortune of $2.03 billion, up from $1.76 billion last year.