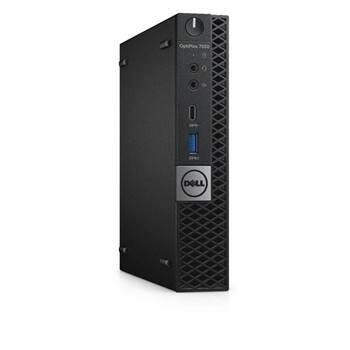 The Australian Taxation Office is poised to rollout more than 12,000 new Dell devices over the next four years to replace its end-of-life fleet of Hewlett-Packard desktops and laptops.

The national revenue collection agency last month signed off on the desktop and laptop environment refresh with the IT conglomorate at the cost of $12.1 million.

A spokesperson told iTnews the procurement, which is part of the ATO’s “normal refresh cycle”, was needed to ensure staff have “up-to-date” devices to support the agency's operations.

“The contract is to refresh existing Hewlett-Packard desktops and laptops, that are beyond end of life,” the spokesperson said.

However the new devices won’t extend to all ATO staff, with the agency’s average staffing level currently sitting at more than 17,000.

The ATO’s long-standing end user computing partner, Leidos, will manage the rollout of the devices and the disposal of the old.

Leidos is one of the ATO's three main IT suppliers, alongside DXC for centralised processing and Optus for manage network services.

The last major upgrade of the agency's desktop environment occurred back in 2009, according to the spokesperson, prior to the end of its monolithic IT outsourcing agreement with EDS (now DXC).

However, other "smaller, focused refreshes" have taken place over the last ten years, the largest of which occurred in preparation for the 2017 tax time.

Updated 3:30pm: To include information on the last major desktop refresh.