Australia to get an AI-powered map of drug-resistant germs 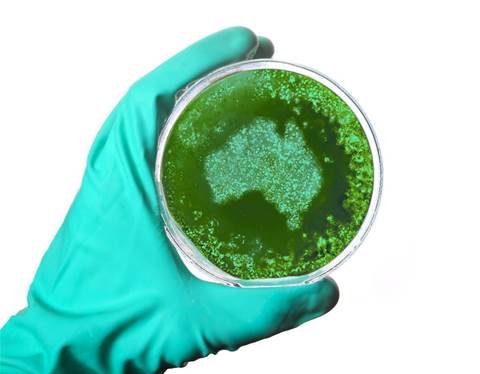 A national push to understand how antimicrobial resistance (AMR) impacts humans and livestock using artificial intelligence is underway across 14 organisations.

The AMR ‘knowledge engine’, supported by the Medical Research Future Fund and 14 research organisations, will use integrated temporal and spatial maps to predict future outbreaks of antibiotic-resistant drugs and inform interventions.

Globally, the problem of AMR is predicted to cause 10 million deaths a year by 2050 while adding US$100 trillion in additional costs to health systems.

However, the problem isn’t one just confined to health and hospital settings, the project’s chief investigator Steven Djordjevic said.

A professor of infectious diseases at the University of Technology Sydney, Djordjevic said a large part of the problem is animals.

“Our pets and livestock rely on many of these same medicines, so they find their way into the food chain and into the environment through animal faeces.

“If we truly want to track, trace and tackle AMR, we need to know how it develops and is propagated in our environment and our agricultural systems as well as through human-to-human transmission,” known as a ‘One Health’ approach.

The map, called OUTBREAK (One-Health Understanding Through Bacterial REsistance to Antibiotics Knowledge), will collate data from those agricultural and health sources to identify the sources of potential and past AMR epidemics, helping health authorities develop informed strategies to deal with the outbreaks.

Part of the work will be achievable thanks to advances in whole genome sequencing technologies and metagenomics (the study of genetic material recovered directly from environmental samples) research conducted by Djordjevic at the Australian Centre for Genomic Epidemiological Microbiology, also known as the Ausgem, a collaboration between UTS and the NSW Department of Primary Industries.

Initial research will be conducted in the Illawarra-Shoalhaven and Hunter New England areas of NSW, supported by local universities and health districts.

The CSIRO, Oracle, and the University of South Australia, along with a number of other Australian and international collaborators, will also support the OUTBREAK project, with the eventual goal of a flexible and multi-national solution.

“Every city, town, region and country will have a different AMR fingerprint and therefore different risks,” Djordjevic added.

“Our vision, ultimately, is a worldwide AI-powered network for AMR surveillance and mitigation, led by Australian research and industry.”