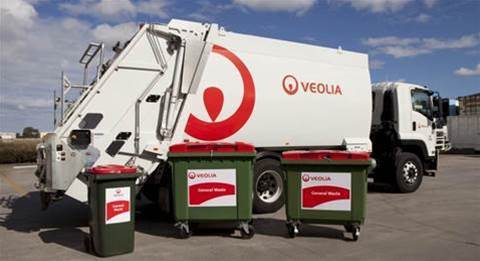 Water and waste giant Veolia Australia and New Zealand has remediated its Salesforce environment, standardising 80 percent of its processes and the way data is captured across its operations.

Chief information officer Satha Pillay told the recent Salesforce World Tour event in Sydney that the industrial giant - best known for waste management in A/NZ but also with water and energy interests - had been a Salesforce user since 2014.

Pillay said the environment was managed “on a state-by-state basis”, which meant the same data was captured in slightly different ways nationwide, depending on how each state and territory worked.

“We had disparate processes starting to emerge within the business as each different state started to want specific processes defined in the way they managed their customers and their business,” Pillay said.

“As a result we had disparate processes and this led to gaps in the way we capture customer information.”

The inconsistency in the way Salesforce was used meant Veolia “wasn’t really deriving the true value of the platform”, Pillay said.

In particular, consolidated reporting was time-consuming and the company’s data-driven decision-making ambitions were on hold because there was too much duplicated and inconsistent data held in the environment.

Veolia initiated an “as-is assessment” of its Salesforce environment - “both at a national and at a state-based level” - in 2017.

“The findings were pretty interesting in that we largely knew some of the issues we were facing, but it also surfaced other areas that we weren’t quite aware of,” he said.

“Then, it allowed us to identify a roadmap and a plan of what we should be doing. We built this plan out towards the latter part of 2017.”

The roadmap was written with a “crawl-walk-run approach”. The foundational “crawl” element - largely, remediating the system and standardising the way it worked - has now been bedded down for about seven months.

“One of the key aspects we looked at from our perspective was to align business processes as they stood in the Salesforce world,” Pillay said.

“The key output of this reimagining [of] process was to align those business processes from the way users viewed and used Salesforce.”

Pillay said that while processes all worked slightly differently, the business was able to find some common ground.

“When the business sat down as a collective and started to discuss how to standardise business processes across the environment, they understood that there was uniqueness in the way they operated on a state-by-state basis, but there was largely a commonality in how we did things and approached it,” he said.

Standardising the data model used in the Salesforce environment was another key piece of remedial work.

“When we re-looked at the data model we clearly defined the mandatory versus the optional data fields that were required, but also we put in guidelines as to how those data fields should be used, and what data should be captured,” Pillay said.

“The key there was to ensure that [users] understood the value of the data and why it needed to be captured in a specific manner.”

Capturing clean data is still a work-in-progress. “With every iteration the data quality gets better, but also the adoption of the standard processes and the manner in which the system is being used is starting to bed itself down, which is then going to add more value,” Pillay said.

The bedding down of the foundational “crawl” part of the project means Veolia is now looking to build out the Salesforce platform’s capabilities.

One of the enhancements is likely to be the establishment of a single customer portal accessible across its national operations.

The introduction of artificial intelligence, using Salesforce’s Einstein capabilities, is also on the roadmap.

“For us, as part of the roadmap it’s a little further down. I think from a maturity level point of view, we’re still working our way towards that, but certainly it is on our roadmap,” Pillay said.

“It’s something that we aspire to and we would like to fast-track that process as best as we can but it’s a matter of making sure we bring the business along with us.

“We have reasonably solid use cases and a business case that stacks up so the business [can] see value from the AI deployments that we make.

“We’re still in the early stages of ... moving towards a predictive environment.”