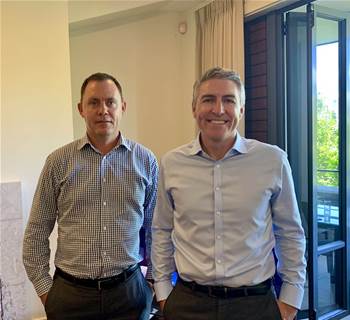 A consortium comprising infrastructure investor Infratil and Canadian asset manager Brookfield have bought Vodafone New Zealand for A$3.2 billion in a cash and debt structured deal.

Vodafone NZ had been preparing to float on the NZX under the long-serving former chief executive Russell Stanners, plans that looked set to go ahead as late as a couple of months ago under the telco's new leader Jason Paris who had embarked on a round of job cuts to reduce costs.

In announcing the deal, Paris said it will be good for consumers and businesses.

“It’s the absolute best of both worlds for customers. We’ve got the backing of two new world class and long-term investors plus we can continue to tap into Vodafone’s global expertise, including all the services our customers value such as global roaming, global procurement and the world’s largest internet of things platform, Paris said.

The chief executive Marko Bogoievski was part of the management team of privatised New Zealand incumbent Telecom, which was structurally separated after the new millennium into service retailer Spark and infrastructure wholesaler Chorus.

Infratil and Brookfield will each contribute NZ$1.029 billion towards the deal, with the balance funded from VNFZ debt and a portion of equity reserved for the executive team of the telco.

For the twelve months to March 31 this year, Vodafone NZ had revenue of NZ$2 billion and  underlying earnings before tax and depreciation of NZ$463 million. For the 2017 year, Vodafone NZ reversed a loss of NZ$18.3 million and announced a NZ$57.5 million profit.

Infratil expects the telco to "significantly strengthen the cash generative core" of its portfolio that includes energy, data, retirement care and airport holdings.

Vodafone NZ is the country's largest mobile telco with roughly 2.4 million accounts, and placed second in the fixed-line broadband market with 430,000 subscribers and operates hybrid coaxial fibre networks in Wellington and Christchurch.

In partnership with telco incumbents Telstra and Spark, Vodafone is a part owner of the  Tasman Global Access (TGA) cable between New Zealand and Australia, and has extensive radio frequency spectrum holdings and a nationwide cell site network.

Buying Vodafone NZ is "transformative" for Infratil, increasing its exposure to long-term data and connectivity growth, and complements its 48.2 per cent stake in Canberra Data Centres (CDC), the infrastructure investor said.

At its Investor Day this year, Infratil outlined plans [pdf] for CDC to add three new 25 mega Watt data centres at Sydney's Eastern Creek, for a total of six facilities.

CDC's Fyshwick 2 facility in Canberra is half-leased, Infratil said and the Hume 3 data centre is fully occupied with construction of Hume 4 underway.

The acquisition of Vodafone NZ is subject to approval from the Overseas Investment Office and the regulatory watchdog, the Commerce Commission.

Over the ditch, the Australian Competition and Consumer Commission recently said no to a planned $15 billion merger between TPG and the Australian arm of Vodafone.

ACCC said such a merger would lessen competition in the fixed and mobile telecommunications markets that are dominated by Telstra, Vodafone, Optus and TPG.