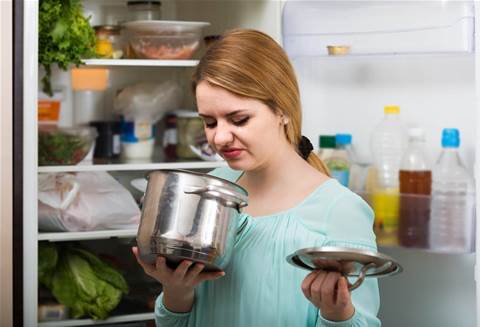 Timing is everything in the kitchen, and that’s especially true when you’ve got to keep over 50,000 staff and students fed and healthy.

But for the University of Queensland Union (UQU), which owns and operates multiple food and beverage outlets on UQ’s campus, complying with necessarily strict food standards and documentation was a slow and manual task.

Compliance was also prone to human error, especially in a fast-paced environment.

For UQU’s executive chef, Craig Johnston, viably and reliably achieving such high standards wasn’t something he wanted left to a manually managed system.

“Food safety is not an area where anyone can afford to stand still, let alone go backward. It is an essential part of any business model and if you don’t get it right – the consequences can be extremely serious and costly,” Johnston said.

Instead, he decided to deploy a system of Bluetooth-enabled sensors that automatically log food, fridge and room temperature in real-time, along with activity tracking for both kitchens and staff members.

The data is available through the FoodSafe, an iOs and Android available app developed by Gold Coast-based company Virtual Manager, and has been designed to follow Hazard Analysis Critical Control Point (HACCP) guidelines that underpin state and territory food safety programs.

FoodSafe gives kitchen managers live updates and notifications in the case of any-conformance issues, while also allowing cleaning processes and other follow-up tasks to be scheduled that staff sign off once completed.

From a compliance and risk management perspective, UQU is now able to demonstrate due diligence in reducing the risk of illness, while also having easily accessible, highly accurate logs that show timestamps of exactly what has happened at every stage of the food preparation process to combat false claims of foodborne illnesses.

Johnston said implementing FoodSafe was one of his first priorities upon joining UQU, after having successfully implemented the system during his time as executive chef for Emirates Leisure and Retail.

The platform was deployed at UQU just over a month ago, and has already had a positive impact on the kitchens’ operations.

“It has already reduced costs substantially for us, but more importantly, it has lifted our food safety standards to the level I have always wanted for any organisation I work for – as close to perfect as I feel we can get,” Johnston said.

Virtual Manager also suggests the tool can be used to barter for cheaper insurance premiums.