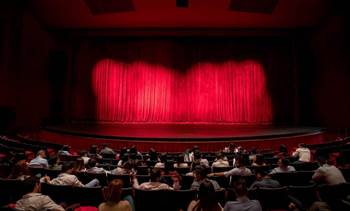 Demand.film has new business plot for the box office.

Netflix and mobile devices might be killing conventional cinema in the aisles as theatres struggle with poor patronage, overpriced popcorn and underwhelming programming, but a new local digital play reckons it can get more bums on seats by letting patrons pick their flick.

Australian cinema-on-demand chain Demand.film is launching a crowdsourced equity fund raising round in a bid to fuel further international growth, having already made considerable inroads in North America and Europe.

Filmmakers or community groups can use the platform to crowdsource a guaranteed guestlist for movie screenings - if enough tickets are sold, the event goes ahead and Demand.film takes a cut of the proceedings, but if there’s not enough interest the screening is cancelled at no loss to the cinema, patrons or the host.

Following the model successfully used by ride-sharing app Shebah, which recently secured $3 million in crowdsourced equity funding, Demand.film is hoping its 100,000 strong community will be similarly interested, especially given their familiarity with crowdsourcing on the platform.

“Our loyal customers not only love unique cinema experiences, they understand these movies are being seen in cinemas thanks to the crowdsourcing business model,” co-founder and managing director David Doepel said.

“The proliferation of streaming services means we are spoiled for choice on the small screen, but on the biggest screens - in cinemas – it’s mostly blockbusters.”

So far more than 2,5000 cinemas around the world have signed on to host screenings, and the majority of the platform’s users are repeat customers.

The company also drives customer loyalty through its Screencreds cryptocoin operating on the NEM blockchain, through which filmmakers can be paid and users are rewarded for watching or sharing trailers.

Punters looking to claim ownership over a portion of the company, which isn’t listed on a securities exchange, can do so with “investment rewards from $100 and up to $10,000 for retail investors”, the company said.

Further expansion is planned in Europe, where the company already has partnerships with cinemas in Germany, the UK, and Ireland. Its European operations, however, are centred in Malta due to the country’s blockchain-friendly policies, the Demand.film’s website says.

Asia and South America have also been identified as potential markets for expansion, with the scale-up company hoping to double the number of countries it’s currently available in.