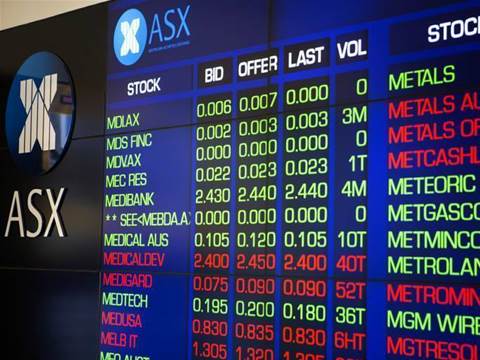 The Australian Securities Exchange (ASX) has lifted the covers off its big new combined data centre and analytics push that is seeking to entice traders, listed companies and fundies – including superannuation – onto its new purpose-built platform to propel growth.

The local market operator on Tuesday spelled out the most detailed plans so far on its infrastructure overhaul and new build, with ASX managing director and chief executive Dominic Stevens delivering a resounding rejection of cut-price tech outsourcing in favour of a build-own-operate model.

Delivering a major project update to the Macquarie Equities Conference in Sydney, Stevens said in 2012 the ASX was faced with three choices when it decided to upgrade its data centre at Sydney’s Gore Hill  to what he termed a “a state-of-the-art facility” now dubbed “the Australian Liquidity Centre, or ALC.”

Outsourcing off the menu

“Like some other exchanges around the world, we could have outsourced our data centre to a third party. After all, we are a financial services company, not a technology company,” Stevens said.

“Or we could have concluded that many in the financial services sector, including ASX, needed a high-grade data centre facility and the ability to efficiently connect to other financial market participants. So, if ASX created a more extensive facility that not only served ASX’s needs but customers' needs too, then ASX may be able to provide new technical services to those customers.”

This included adding new services “such as hosting our customers’ technology and communication services, and cross-connecting customers to each other for purposes that may have nothing to do with executing on ASX markets,” Stevens said.

The ASX’s push into what is essentially a specialised Platform-as-a-Service for financial services is a substantial headache for traditional managed service providers that have thrived off selling or leasing fast mainframe capacity to banks and trading houses.

For decades a lucrative sector for vendors because of an insatiable lust for speed and competitive advantage, the ASX’s play offers the opportunity to break out of proprietary stacks known for delivering speed, though at a sometimes eye-watering cost.

Stevens said the ASX had now made “a significant investment in strengthening the technology foundations of the exchange – and of the Australian marketplace.”

This, he said, had enabled ASX to widen its offering to existing customers and “help bring down their total cost of ownership of technical services” while also attracting new customers.

“This has been achieved by thinking about ‘open’ infrastructure solutions that address our customers’ needs, not just our own,” Stevens said.

The ASX chief said the same approach had been taken to big data and analytics where the bourse is looking at how it can harness – read monetise – artificial intelligence.

Dubbed “DataSphere” the ASX is pitching the capability as a way for its customers to access a “governed data platform without upfront investment costs”. Of course it doesn’t hurt that the ASX generates and collects reams of market data.

DataSphere is also being touted as a way a “distribution channel for customer-developed products” adding the opportunity for devs to shelf their wares on whatever model of mart the ASX might follow.

The commercial big data push is no pipe dream either. Stevens said the project “is up and running internally” and was expected to be available for external users by July this year – which is less than a few months away.

“We have not just built a data analytics system to serve ASX, we have created a service that allows others to access ASX data, third party data ASX has procured, and to bring their own data into a workspace that they control,” Stevens said.

“Our customers can then purchase analytics provided by ASX or third parties, programming languages, compute power and storage at a marginal cost and much more easily than trying to build that capability themselves.”

Of course no ASX investor update is ever complete without reference to the bourse’s epic blockchain powered  settlements system replacement of the COBOL-based CHESS. Again, Stevens hammered home the decision to build and operate as opposed to outsource as a key advantage.

The most significant incremental development there is that the Distributed Ledger Technology (DLT) developer sandpit was officially thrown open on Tuesday.

“This allows customers to start experimenting with the new DLT-based CHESS environment and build connectivity to it, before industry-wide testing begins next year,” Stevens said, noting there was now a frenetic pace.

“Today’s drop of software into the test environment is the first of seven over the next year, so it is early days. They will be landing every six to eight weeks and will allow customers to look at business functionality and compare the range of access options, such as updating to the global message standard.”

But the bespoke blockchain build is only part of the main game.

While replacing CHESS will necessarily serve the equities markets first, Stevens’ big sell was the opportunity for the DLT solutions to serve other asset classes and greatly enhance efficiency of administration.

The still ossified $2.7 trillion superannuation space is a prime target, not least because of its volume, which was cited at $22 billion in super industry fee revenue based on a 2016 year number from Rainmaker Consulting.

“Providing real-time source of truth information securely to those who are entitled to see it, coupled with an ability for a customer, or customers, to build business logic directly onto this source of truth (via a smart contracting language), will make the industry more efficient,” Stevens said.

“Logic tells us – of course it will. The real question is: how much value can this add?

"Is it 1 percent, 5 percent or even more?  I would suggest that it is quite a low bar to expect that fully implemented, a DLT system would give the industry a mere 1 percent value benefit.”

With interest rates still scraping the lower end of single digits, the focus on costs and can efficiency can only sharpen. The ASX might just be making its own luck, as well as its infrastructure.