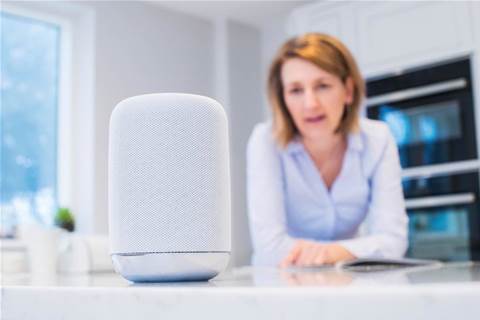 Touted for their convenience and home security services, smart home technologies like app-controlled locks, lights and appliances could be reinforcing gender stereotypes and restricting women’s freedom.

A new study [pdf] from Monash and RMIT universities, along with Intel, found that women were increasingly worried about being spied on or being locked out of their homes.

Both men and women were also concerned about the growing amount of “digital housekeeping” needed to set up and maintain smart home tech, especially when buggy systems started to become a persistent problem.

The research looked at 31 Australian households, with users mostly aged between 35 and 54 years on incomes over $156,000.

Protection was found to be a particularly problematic area, especially with web-connected cameras and smart door locks designed to enhance security and give parents and pet owners peace of mind while away.

“Some householders were concerned that these devices could be used to invade the privacy of others without their knowledge or consent, and potentially exacerbate domestic violence situations by, for example, using a smart lock to restrict access to the house,” lead author, associate professor Yolande Strengers from Monash University said.

From a productivity perspective, automation of household chores and centralised scheduling of family reminders and shopping lists proved to be a hit with users as expected, but the coordination of these tasks by a female-voiced virtual assistant did bother some users.

One of the participants in the study, CEO and single parent Angela*, said Google Home was a helpful tool to help her organise her professional and family lives.

“However, as a feminist, Angela was also disturbed by the feminised voices of her digital home and work assistants,” noted study co-author Dr Jenny Kennedy, from RMIT’s Digital Ethnography Research Centre.

“She had deliberately changed their voices to a man’s to challenge gendered stereotypes of feminised cleaning and administrative roles and avoid reinforcing these assumptions with her two sons.”

Strengers added that although the potential for smart home technology is huge, “there are also a number of important gender concerns that need to be explicitly considered by the human computer interaction design community in the further development of these devices”.

“This affects the types of devices that get designed, and their potential benefits and usefulness to other householders. In particular, women on the whole are currently underrepresented and underserved by the industry.”

*study participants had their names changed to preserve their privacy.