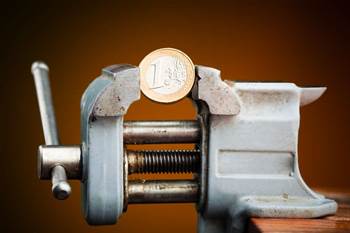 Argue the real problem - or solution - lies with NBN Co.

Telstra and Vocus, who are among a handful of telcos that supply dark fibre or backhaul services to and from NBN points of interconnect, say their services are not a bottleneck to the NBN user experience, and that any bottleneck sits with NBN Co itself.

Four telcos - Telstra, TPG, Optus and Vocus - responded earlier this week to a proposal by the Australian Competition and Consumer Commission (ACCC) to impose a data collection exercise on the industry - known as a record keeping rule or RKR.

The proposed data collection would require industry players to submit detailed data regularly on connections they maintained to NBN points of interconnect (PoI), where access seekers such as retail services providers connect.

RSPs can run their own backhaul to the PoIs - an expensive exercise requiring scale, rent capacity from a wholesale aggregation service provider, or buy wholesale connectivity directly from NBN Co via a new-ish product called NNI Link.

The ACCC raised concerns last year - albeit based on a tiny sample of data - that RSPs and end users whose network capacity came from aggregation providers got a worse deal than those with a more direct connection to the NBN.

The commission said such users might see lesser internet speeds as a result.

In looking to embark on a data collection exercise, the ACCC is hoping to understand if it needs to intervene in the wholesale aggregation or dark fibre markets.

Those in the market, however, say their services are competitively priced and available.

Telstra and Vocus argued that any problems are NBN Co’s doing, rather than their own.

Telstra argued the “key impediment” to improved end user experience on the NBN “with respect to price and service quality … is NBN Co’s wholesale pricing structures, which are too high and lack stability and predictability.”

“Telstra considers this is where regulatory attention should be focused.”

Telstra argued NBN Co had too much freedom to constantly change its prices and harm customers - both wholesale and retail - in the process.

“These can be removed or altered without regard to regulated price caps. NBN Co typically reserves the right to remove discounts giving only three months’ notice.

“The result has been greater wholesale pricing volatility creating inflexibility in the market.”

Vocus similarly argued that NBN Co was the problem.

“The shared concern of Vocus and our wholesale customers is that the NBN product is not currently economic or sustainable in the consumer market,” it said.

“The key issues include the variable nature of NBN pricing model [which] is incompatible with fixed prices paid by end users; lack of pricing stability and multiple pricing constructs; [and that] NBN pricing is simply too high.

“These concerns are the very real barrier to entry into the retail fixed broadband market for new RSPs and expansion for smaller RSPs.”

Vocus also alleged that NBN Co’s own behaviour was a contributor to any perceived lack of choice or investment “in the NBN PoI backhaul market.”

“NBN Co artificially limits the value of delivering dark fibre to an NBN PoI given its very expensive setup charge when the optic required to light the dark fibre is >10Kms, which is a majority of the time,” Vocus alleged.

“The RSP is then forced to purchase a rack in the facility to make the use of the dark fibre viable. This rack is also priced well above market rates.”

TPG did not blame NBN Co for issues, but argued that the government-backed carrier’s own incursion into the wholesale capacity space - through the NNI Link product - should be reason enough for the ACCC not to rush into regulating privately-supplied dark fibre or backhaul services to NBN PoIs.

“Given the introduction of the NNI Link product from NBN Co, the ACCC should continue to ‘wait and see’ how the market will be shaped before it seeks to impose regulatory burden on current providers of NBN wholesale aggregation services,” TPG said.

“While TPG does not support NBN competing in the market for wholesale aggregation (because the more the NBN creeps into markets with the benefit of capital on terms that would not be available to private entities, the less natural the economics of the industry), the introduction of the NNI Link product from NBN Co should act to lower the barrier to new entrants by removing the need for RSPs to make investments to connect to the 121 POIs.

“Consequently, this removes the need for the ACCC to consider any further consideration of regulating wholesale aggregation services.”

Optus, meanwhile, simply argued it did not see a case for the ACCC’s data requests.