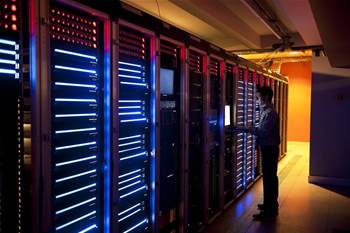 South Australia's whole-of-government mainframe environment will be upgraded after incumbent provider DXC Technology was handed back the outsourcing deal.

The state government awarded the IT services company the mainframe agreement last month, continuing a decades-long relationship that first began with EDS – bought by HP in 2008.

DXC – and HPE before it – has been the state government’s primary mainframe provider since entering an eight-year mainframe computing services agreement in December 2006.

The deal, which was last extended in 2012 to avoid the capital cost of purchasing a new mainframe and infrastructure, supports agencies like the SA Health and South Australia Police to run business critical systems.

But it was put up for grabs in September 2017 – the first time the government had done so in over a decade – ahead of the contract’s upcoming expiry.

The new deal, which is valued at up to $52.5 million over the next five years, covers “mainframe platform, connectivity, software and related services” from 24 August 2019.

It will replaces the existing DXC agreement, which will end on 23 August 2019, after being extended from its original May 2018 expiry date.

A spokesperson from the state’s Department of Treasury and Finance told iTnews that agencies would use the next few months to ‘transition in’ services to a new mainframe platform.

“Through the transition to a new mainframe platform the government will benefit from reduced pricing and service delivery improvements in a number of areas including disaster recovery, security, capacity management and support.”

DXC’s existing mainframe services are provided to the state in a ‘private cloud’ type arrangement from two owned and operated IBM z114 mainframes.

The government is also preparing for agencies to shift from the mainframe to other hosting options, with the contracts full $52.5 million value only to be paid out if agencies continue to consume mainframe services at the current rate.

However, according to the spokesperson, there is no specific requirement for agencies to migrate to alternative hosting options.