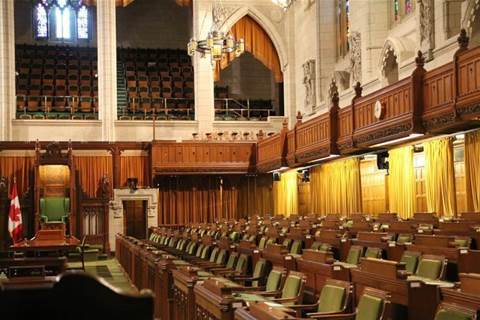 The world's major social media companies are not doing enough to help Canada combat potential foreign meddling in this October's elections and the government might have to regulate them, the cabinet minister in charge of ensuring a fair vote said on Monday.

Democratic Institutions Minister Karina Gould spoke shortly after one of Canada's two spy agencies said it was very likely foreign actors will try to interfere in the election.

Foreign Minister Chrystia Freeland said last week she was "very concerned" about possible Russian meddling and that there "have probably already been efforts by malign foreign actors to disrupt our democracy."

Gould said Facebook Inc, Twitter Inc and Alphabet Inc's Google should help safeguard the election by promoting transparency, authenticity and integrity on their platforms. But she added that she had been disappointed by the slowness of talks with the companies.

The safeguards should include more efforts to counter malicious cyber activity, such as the spread of disinformation, Gould said.

"The platforms feel this is something they should be doing on their own and I don't have the confidence that they're disclosing everything with us," she told a news conference.

Asked whether the firms should be regulated to limit the threat posed by disinformation and a possible foreign cyber campaign to sway the election, Gould replied: "It's something we are looking at very closely". She noted Britain had proposed a social media regulator on Monday.

A few hours after Gould spoke, Facebook announced it had banned a number of individuals and groups it said had engaged in organised hate, including Aryan Strikeforce and Wolves of Odin. Gould said she welcomed the move.

Google said it had "every intention of continuing our close work with government to protect Canada’s democratic institutions and election activities." Twitter declined to comment.

Last month Google said it would ban political advertising on its platform before the election.

Facebook has said it would require advertisers to confirm their identities before running election-related material.

Gould told the news conference there was much more the social media firms could do.

"Until they think they are going to be forced to make those changes, I don't think they will willingly do it and I think that's disappointing," she said.

Earlier on Monday, the Communications Security Establishment (CSE), the agency responsible for foreign signals intelligence and protecting government electronic information and communication networks, issued a report on the potential hazards around October's election. The report did not refer to any specific threat from Russia.

U.S. intelligence officials and the governments of some European Union countries have accused Russia of interfering in their elections in recent years, allegations denied by Moscow.

"It is very likely that Canadian voters will encounter foreign cyber interference ahead of, and during, the 2019 general election," said the CSE, which noted democratic governments around the world were experiencing more cyber attacks.

The chances of an adversary actually overturning the results of a Canadian election are almost nonexistent, given that voters use paper ballots.