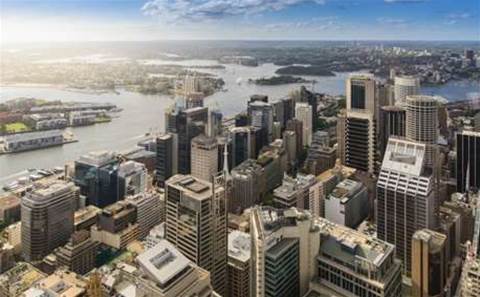 NBN Co’s shift into the enterprise space is being watched “closely” by the Australian Competition and Consumer Commission (ACCC), which remains unconvinced the move is not simply “mission creep”.

The government-backed network builder launched enterprise services at the end of October last year, and is hoping to sign on 900,000 enterprise and government customers by FY22.

The move has long been seen by other telcos as scope creep, since it plants NBN Co as a well-funded competitor in a space with already significant served by a range of operators.

As NBN Co has started to scoop up key enterprise accounts such as Woolworths and Coles, the chorus of industry criticism has grown louder.

TPG said last month that NBN Co was directly contacting its enterprise customers, trying to entice them into switching over to the government-backed network instead.

ACCC chair Rod Sims told the CommsDay Summit that the commission was essentially undecided on whether NBN Co’s enterprise play was a good thing for the industry.

“This has raised the question as to whether this is a positive step, or represents some mission creep on the part of the government business, since high-speed connectivity was largely available on request to enterprise customers,” he said.

Sims said that if NBN Co could address the lucrative enterprise market “within its non-discrimination obligations then perhaps a good case can be made that NBN Co’s entry will bolster competition, as more service providers can enter downstream enterprise markets on a national basis.”

“Telstra has dominated the lucrative enterprise and government market as large corporates and government agencies tend to acquire services on a ‘whole of business’ basis, and historically only Telstra had ubiquitous infrastructure to meet this need,” he said.

Sims said that NBN Co’s incursion could lead to large accounts being broken up, and pieces of work run by smaller providers reselling enterprise services over the NBN.

However, that would only work if NBN Co’s enterprise accounts were not simply serviced by a select group of retail service providers (RSPs) - presumably those with the scale to handle the demands of larger customers.

“I recognise that there are legitimate concerns … as to how this will all resolve, in some part fuelled by uncertainty and lack of transparency as to whether better commercial terms have been offered in bilateral negotiations as NBN Co has established a presence in the market,” Sims said.

“We understand the importance of adherence to the statutory non-discrimination obligations by next generation network operators (including NBN Co), and are looking closely into this to ensure compliance.”