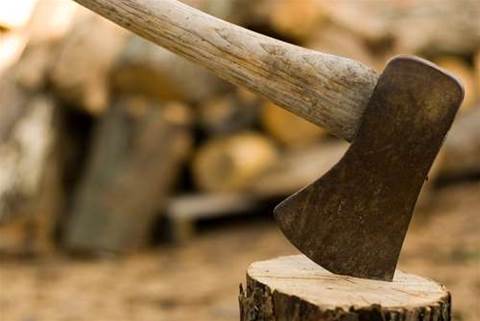 Vocus has stopped selling 12Mbps NBN services via its retail brands iPrimus and Dodo following a change made by NBN Co to wholesale bandwidth fees.

The telco today pulled both 12Mbps offers that Dodo had been selling as well as a 12Mbps product from iPrimus.

As reported by iTnews last week, NBN Co will no longer discount the cost of connectivity virtual circuit or CVC - used to offload traffic from the NBN to a service provider’s network - in instances where the provider has not switched to a new wholesale pricing construct.

The decision disproportionately impacts retail providers and customers with plans on the lowest NBN tier of 12/1Mbps, of which there are about 1.16 million - a quarter of all active fixed line services.

However, NBN Co admitted this week that 30 percent of all users on its network are on plans using this legacy pricing - and therefore face the likely prospect of imminent price hikes for their internet services.

Choices are also considerably slimmer at iPrimus. It had been offering 12Mbps plans at a $60 a month entry point with 100GB of data or $70 a month with unlimited data.

It now offers only an NBN50 plan with unlimited data priced at $80 a month.

“To manage the changing environment and the different needs of different customer groups, we are releasing new NBN offers across both our Dodo and iPrimus brands,” Vocus chief executive of business and consumer Antony de Jong told iTnews.

“Dodo now sells 101GB plans on the NBN25 speed tier for $60 per month and an unlimited data plan on the NBN50 speed tier at a special promotional price of $70 per month.”

It is understood that in-contract 12Mbps users on either brand can continue to use their services.

Vocus is no longer aggressively pursuing growth of its NBN customer base anyway, though it is maintaining some in-market offerings and presence.

NBN Co has turned up the pressure on retail service providers over the past year to pay higher wholesale costs for services, which is translating into higher retail prices and s growing barrier to entry.

Optus had to axe its own $60 a month entry-level NBN plans in June last year, with its products now starting at $70 a month.

It isn’t clear how other retail providers with large installed bases of 12Mbps users plan to respond to the loss of the CVC discount.

The gradual increase in the cost of entry-level NBN services could put broadband affordability into sharp focus, particularly as the future of the NBN looms as an active federal election issue.