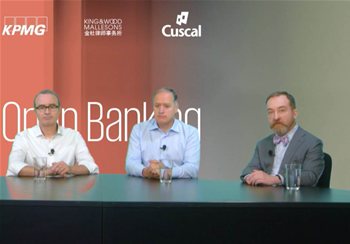 Not consumers' job to battle with complexity.

Cuscal and the leader of the government’s review into open banking in Australia have urged all industries impacted by the forthcoming consumer data right to coordinate on a single method of collecting consent and establishing digital identity.

Churchward said that Cuscal’s clients were “working with their core banking systems to ensure that the capabilities and the data strategies” for open banking and the consumer data right were in place.

The consumer data right will give customers greater control over data held by large service providers. This could allow the customer to take data with them when they switch providers, or to choose to plug their data into a third-party service such as to help manage finances or energy use.

The first industry impacted by the consumer data right is banking, with the first changes to come into effect from July 1 this year.

But the panellists warned there was still considerable work to be done to ensure the operation of the right was streamlined.

All said that consent and digital identity were issues that were yet to be solved.

“From every conversation we’ve had with clients, consent is a very complex problem to solve,” Churchward said.

“It’s something that looks very primed to be delivered through utility and other models, so we’ll work with a number of our clients to investigate those [models] over the coming months, as we know many others in the industry are looking at.

“Beyond that, digital identity will be a key enabler of ensuring the integrity and breadth of access that also will open up capabilities across not just banking but how we align with the other industries that come under the consumer data right.

“Again that’s another area that needs to be worked through.”

Pollari said it “stood to reason” that consumers would not want to be dealing with disparate consent and digital identity platforms, particularly as time goes on.

“I think we will see a lot of benefit in being able to consolidate the provision of [consent management and digital identity] services,” he said.

“If we look at it through the lens of three-to-four years out and the right now applies not only to banking but energy, telecommunications and other sectors, I think it stands to reason that consumers won’t want to be managing those in a disparate fashion.

“There’ll be value in being able to aggregate that for a consumer to give them a mechanism to understand who they’ve granted rights to their data, for what purpose, for what period of time, and at some point in the future the right to revoke that and that that’s been done as well.”

Farrell agreed, arguing that it “can’t be the customer’s problem to have to keep identifying themselves with different passwords to different people to use an holistic consumer data right.”

However, Farrell noted that “the complexity under the bonnet is significant” to resolve this challenge.

“Under the system, the consents have to be really quite clear - much clearer than 24-28 pages of a legal contract,” Farrell said.

“They’ve got to be one or two mobile phone screen pages and use real words that real people understand, which means there could be conflict where someone says ‘I want to use the data for this’, but then the same data is shared with someone else, ‘I want to use it for that’.

“The customer interface needs to be clear because it’s not the customer’s problem, but underneath the hood a really complex and clever mechanism is required.

“There’s a huge opportunity for people who want to be participants in the Australian data sector to provide that convenience for customers.”

Churchward suggested it was an opportunity for broader collaboration.

“I think this is an opportunity for banks and other traditional competitors to collaborate for the good of their customer, because if we have too many differences in the way they do that - and we know so many customers are multi-banked - it will drive confusion,” he said.

“There’s a key opportunity to put customers first before some of our own end outcomes.”

Churchward indicated such collaboration could reinforce to consumers that they were indeed first and top-of-mind in the design of the open banking regime and consumer data right.