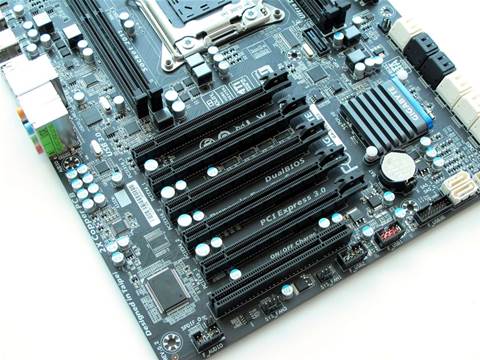 Nine large technology companies have joined forces to create a high-speed interface, aimed at internconnecting processors and acceleration devices in data centres, so as to improve rapidly growing workloads such as artificial intelligence/machine learning, media and high performance computing (HPC).

Called Compute Express Link or CXL, the open standard interconnect is built on the PCI Express 5.0 standard, using its physical and electrical interface.

PCIe 5.0 was released earlier this year, and doubled the raw data rate of the preceding 4.0 standard to 32 gigatransfers per second using 128/130 payload/start and stop byte encoding.

This yields 128 gigabytes per second bandwidth in 16-lane configurations, and PCI 5.0-based designs should appear later this year.

Version 1.0 of the CXL specification has been released, with devices expected to appear in 2021.

A goal of CXL was to allow for resource sharing for higher performance and reduced software stack complexity.

To that end, CXL maintains memory coherency between CPU memory space and the memory on attached devices, which in turn reduces overall system cost.

The list of organisations backing the CXL standard read like a who's who in the technology business: Google, Intel, Facebook, Microsoft, Cisco, Dell-EMC, HPE, Huawei and Alibaba.

Conspiciously missing from the CXL confederacy are NVIDIA which recently bought interconnect vendor Mellanox for US$6.8 billion in cash.

CCIX is an open standard that provides up to 25 gigatransfers per second raw speed and is also PCIe based. It was first mooted in 2016, and in addtion to the abovementioned companies, CCIX is backed by Xilinx, IBM and Huawei as well.