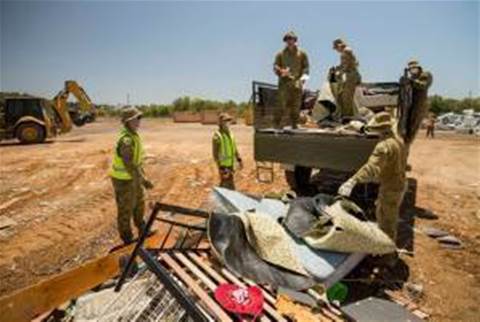 Defence Health, a restricted not-for-profit health fund that provides private coverage to Defence’s military and civilian employees, said on Tuesday it had selected Oracle Health Insurance as its new software platform as the insurer embarks on a digital transformation over the next 18 months.

Chief executive of Defence Health, Major General Gerard Fogarty (retired) said that the decision was made following an assessment of vendors that was both “extensive and exhaustive”.

The decision to pick Oracle over an established local supplier will not have been made lightly with persistent government and local industry pressure to give domestic suppliers a cut of the action at big agencies like Defence.

Defence is by far one of the biggest proponents of local industry participation, with the government and defence minister Christopher Pyne pushing the local job creation particularly hard in the face of growing automation and the decline of manufacturing.

Be that is it may, Defence Health says its decision was based on what was best for its customers and the need for an agile ready product and Oracle fitted the bill

“The service experience for our members is paramount,” Fogarty said. “We need a highly agile technical platform if we’re to meet the digital expectations of our members.

“We’re renowned for our excellent customer service and this investment is vital if we’re to maintain our high levels of member satisfaction.”

The insurer did not initially provide a dollar value for the deal, describing it only as a “significant investment”. The dollar value of the deal has been requested by iTnews.

Oracle says the deployment by Defence Health of its health insurance product is its first major rollout in Australia, with Oracle Financial Services Global Business Unit senior vice president Sonny Singh saying the product has already been sold into US and European insurers.

“The Oracle OHI SaaS proposition helps Defence Health bring in greater capability, efficiency, and future-proof its technology investment,” Singh said, describing the product as “out of the box” and “fully configurable for the Australian market”.

The insurance market is fertile ground for Oracle reps looking to reap new deals with many insurers already heavily invested in the company’s financials, data and analytics products.

A clear question is where Oracle will host the SaaS platform, with Defence famously ripping up Luxottica’s optical contract in 2014 over sending personnel data offshore.

Oracle also remains under the fire at bancassurer Suncorp over the troubled development of its core banking system that again copped a serve from Suncorp’s CEO during half-yearly results.

Outgoing provider HAMBS, which provides software to a range of government employee health funds, has been contacted for comment.