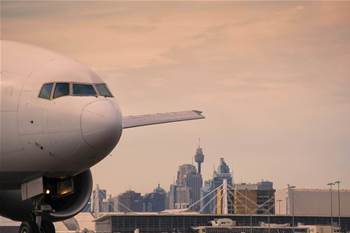 Sydney Airport is preparing to establish an around-the-clock cyber security operations centre to protect its systems and data holdings from the threat of cyber-attack.

The new centre, which is expected to be up and running by April, is aimed at enhancing “cyber defence capabilities, the airport said in its latest annual report released today.

It is part of a broader cyber defence program to reduce security threats against the critical piece of national infrastructure, and follows a refresh of airport’s cyber security strategy last year.

“With the security threat landscape evolving rapidly, we have continued to focus on managing current and emerging cyber risks,” the airport said.

“A refreshed information and cyber security 2020 strategy has been at the centre of our cyber programs to drive security governance, improved maturity levels, and stronger user awareness via security culture campaigns,”

The SOC, which the airport has partnered with a yet-unnamed managed security service provider to deliver, will ignore the airport's curfew between 11pm and 5am and provide 24x7 monitoring of information and data.

iTnews has contacted Sydney Airport for further details about the SOC.

The airport also said it planned a staggered rollout of “campus-wide upgrades to enhance the resilience and capability of the airport’s key operational systems” between now and 2020.

Both the resilience upgrade and the SOC are certain to become increasingly important as the airport continues its shift to more automated and interconnected processes.

While the ‘couch-to-gate’ trial is currently limited to select international Qantas passengers on a voluntary basis, the technology allows passenger to complete most pre-boarding activities using just their face.

It is part of the airport’s new passenger management system, which is an evolution of the Department of Home Affair’s automated border clearance process.

A future version of the system could allow passengers to check-in from home using an app to capture biometrics information required for registration.

The airport said the trial was ongoing and was being eagerly watched both in Australia and overseas.

“Once concluded, the Sydney Airport trial – which is being keenly observed by the aviation industry in Australian and abroad – is likely to play a significant role in the rollout of biometrics technology both domestically and internationally,” the report states.