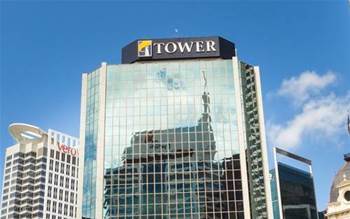 Tower Insurance’s ambitious plan to completely overhaul its core business platforms has been delayed, with the company now accepting the project won’t be completely delivered within the first half of the 2019 calendar year.

Both phases of the systems upgrade to EIS Group’s digital insurance platform on Azure were originally initially slated for delivery by July, with a board-approved investment of NZ$38.5 million.

Chairman Michael Stiassny said in an address to shareholders today that project has now reached NZ$45 million, exceeding the original investment, which included contingencies, by 17 percent.

He added that the company thought it would be too risky to deliver both phases of the project, including an entirely new platform, digital interface, telephony and customer communication system within the allocated timeframe.

Phase 1 of the overhaul, which started late, is 70 percent completed and still on track to be delivered in the first half of the calendar year, Stiassny said, with the technology build completed and testing underway.

“We are currently undertaking system integration testing which is, so far, indicating positive outcomes and we remain confident that phase 1, including new businesses will be on sale on the new platform towards the end of the first half of this calendar year,” he said.

“Thanks to the success achieved to date, we have extended our scope so that a number of our key partners can also take advantage of this technology.”

Phase 2 is expected to be delivered by the end of the 2019 calendar year and will include:

Stiassny said the most significant impact of phase 2 will be migrating the insurer’s customers to its new platform and products.

“Moving hundreds of thousands of customers currently on over 400 products, to a core set of just 12 will deliver significant benefits to our customers and efficiencies in our business.”

“A migration of this size can pose risk if not properly managed. Therefore, through our phased delivery approach we will increase the focus on managing and retaining our customers through the change to minimise this risk”.

The insurer is a dual-listed on the Australian and New Zeland stock exchanges, however its Australian operations were spun out in 2006 as TAL.