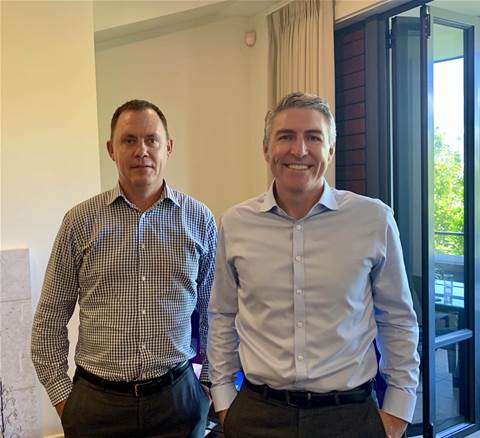 The two telcos demonstrated a 10/5 gigabit per second passive optical network (10GPON) fibre link between at an Auckland residential address.

This connected to an innercity exchange with an approximately three kilometre fibre run, with optical termination equipment at both ends of the link from Vocus and Vodafone.

At the customer premises, access to the fibre was via a second port on the optical network termination (ONT) unit installed by Chorus. 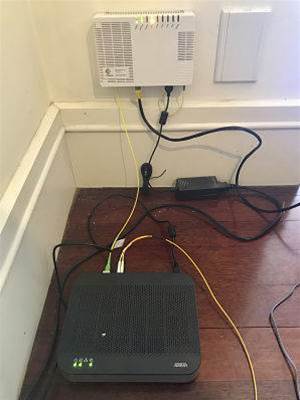 Vocus and Vodafone will install their own ONTs for the unbundled service however, with technical staff at the demo saying it would be an integrated unit with support for the fast new WiFi 6 standard, to keep up with up to 10 Gbps fibre connections.

The driver for Vocus and Vodafone is to provide differentiated service offerings than those that Local Fibre Companies (LFCs) provide today.

"To date, retail service providers could only sell a range of "one size fits all" fibre products [that available from LFCs]," Vodafone chief executive Jason Paris said.

Paris said that Vodafone is ready to invest tens of millions of dollars into unbundling fibre, which he said would enable telcos to create more varied offerings for customers.

Mark Callander, chief executive of Vocus NZ hopes to have unbundled fibre connections ready by January 1 2020, but there are challenges ahead.

Chief of these are negotiating a suitable a wholesale price with the LFCs nationwide.

Callander criticised the LFCs for not being quick enough to respond to customer demand for performance improvements.

"Currently LFCs have no real urgency to accelerate speeds or make available a wider variety of services. There is just no incentive to do so," Callander said.

Network infrastructure builder Chorus which was structurally separated from incumbement Telecom (now Spark) to allow it to take part in build the UFB was awarded around 75 per cent of the fibre to the premises broadband rollout, covering most of the larger cities in New Zealand.

Regional providers Northpower, UltraFast Fibre and Enable were awarded the rollout of UFB in the northern and mid-North Island areas, as well as in the South Island.

Since the UFB began in 2008, Chorus has installed over half a million connections in the country, with a minimum speed of 100/50 Mbps, and with 1 Gbps lines available.

In total, fibre is available to 1.4 million premises in the country, with just over 605,000 customers taking up the service currently. UFB has been expanded by the government to cover 87 per cent of the population, up from three quarters, with additional funding being allocated to the project.