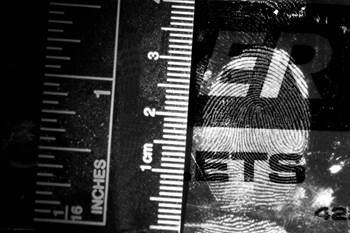 Tries to turn a profit.

The Queensland Police force is preparing to commercialise the state’s 15-year-old forensic case management system in an effort to better focus on frontline policing activities and create new revenue streams.

The forensic register, which is now used by the majority of state-based policing agencies in Australia, was first developed by QPS in 2003 to give officers in its forensic services branch the ability to record DNA analysis and images in a single register.

The system integrates with the force’s core operational database QPRIME, providing information to officers on the the frontline through the force's now extensive fleet of Apple devices.

It is also searchable by other policing agencies across Australia through the national investigation DNA database – which was recently bolstered to allow kinship matching and familial searching – and the national automated fingerprint identification system (NAFIS).

But QPS is now looking to commercialise the software application both within Australia and overseas, and is calling on “potential innovators” interested in developing and maintaining the system into the future.

This is despite being “proven operational reliability and is widely known within Australian jurisdictions for its ability to streamline service delivery”, tender documents state.

A spokesperson told iTnews the commercialisation would allow the force to “focus its resources on enhancing frontline service delivery” and would not result in job losses.

QPS would not, however, comment on what the commercialisation would mean for the policing agencies that currently use variations of the system.

Those agencies, including the Western Australian Police Force, South Australia Police, he Northern Territory Police Force and Tasmania Police, have been licensed the system at no cost.