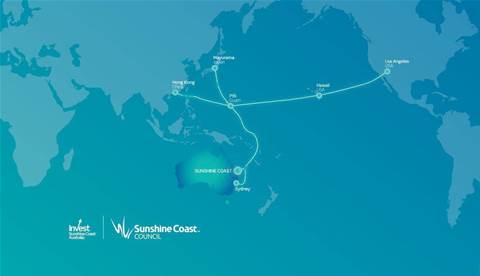 Construction work has kicked off on the Sunshine Coast’s connection to the JGA-South undersea fibre optic cable system.

State Development Minister Cameron Dick announced the milestone for the build of Maroochydore's new landing station over the weekend.

The landing station will house the connection point for the new 550km subsea spur cable that will be built to connect Queensland with the 9600km cable being constructed between Guam and Australia.

Vertiv won the $6.6 million contract for the build of what will be the only cable landing station on the east coast of Australia outside of Sydney last November.

The Queensland branch of the new subsea cable is a $35 million project jointly funded by the Sunshine Coast Council - which has invested $20 million - and the Queensland Government.

It will connect to the JGA-South cable currently being built by RTI Connectivity, Google and AARNet to improve Australia’s connectivity to Asia and the US.

Announcing the start of the construction, Dick said the cable had huge potential to boost the local economy.

“The cable will be a major business and investment drawcard, particularly for enterprises with large data requirements,” he said.

He said an independent assessment of the project had already estimated the cable could bring $927 million to the state’s economy and an additional 864 jobs.

“The cable will provide the Sunshine Coast and Queensland with direct data and telecommunications connectivity to Japan, Hong Kong and the United States, increasing the speed and capacity of Queensland’s international connections,” he said.

“By now being able to offer Australia’s fastest international data connection point to Asia, this will provide a significant step-change in the Sunshine Coast’s attractiveness as an investment location.

The Queensland branch of the cable network is expected to be operational by mid-2020.