Procurement departments can't play chicken in a minefield of risks 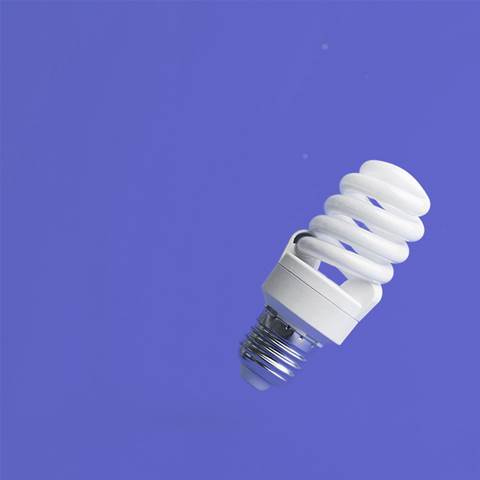 In February 2018, London Police sent an unusual Tweet: “Please do not contact us about the #KFCCrisis,” the missive read, “it is not a police matter if your favourite eatery is not serving the menu that you desire.”

The reason for the Tweet was a supply chain fowl up at fast food giant KFC that saw most of its stock left in a warehouse, rather than making its way to stores.

The result? KFC’s reputation was battered, the chain was forced to apologise and rival fried chicken restaurants chipped away at its market share.

The incident is now considered a case study in how not to run a supply chain.

Of course a fried chicken shortage is hardly a significant incident. Indeed, it could even benefit consumers! But similar incidents have proven far more serious: plane-maker Boeing famously experienced cost overruns and lost sales when it could not source enough bolts to build its new model 787.

Boeing’s delayed 787 take-off was a wake-up call to companies around the world about the risks of large, complex supply chains. But plenty of Australian companies haven’t responded, says Chris Clements, a Partner in KPMG Australia's Operations Advisory group.

“A lot of Australian organisations tend to focus more on closing of the next deal or the sugar hit of the strategic sourcing exercise rather than focussing on the end-to-end supply management cycle,” Clements says. “To be perfectly honest, as a number of organisations go through this exercise from requirements to contract signing, they simply check the risk and sustainability boxes as they go without scratching the surface.”

That attitude can be perilous if Australian companies outsource the manufacturing of goods to overseas contractors or suppliers and ignore possible regulatory consequences.

Please do not contact us about the #KFCCrisis - it is not a police matter if your favourite eatery is not serving the menu that you desire.

“The first question I ask is ‘How do you know child labour or modern slavery is not being utilised in that organisation?’ ”Clements says, highlighting a front of mind topic in global supply. “Quite often organisations will say, ‘Well, we asked them when we went out to the market and they ticked the box’. We ask, ‘How do you know? How can you prove that? How can you be sure that is still the case after the contract has been signed and implemented?”

Child labour and modern slavery is of concern for moral reasons – no business wants to find itself using the practice – but also because in late 2018 Australia passed the Modern Slavery Act. The Act requires annual reporting to address modern slavery risks in their operations and supply chains and defines slavery as including some forms of child labour.

Clements points out that even if companies examine their major suppliers carefully, they often do not pick up problems involving those suppliers’ subcontractors.

“If you’re buying t-shirts, you not only need to ask where the material comes from but question the origin of the dyes used in that material and are those suppliers using child labour?” he explains. “It’s not only good enough to know about your third party. You need to go even further.”

“Traditional procurement professionals will generally ask some questions spanning procurement risk. But what about data, technology and cyber risks, financial risk, sustainability risk? The big question is have they started to consider these other factors? Have they moved to understand the associated risks?” Clements asks.

More than saving money
Clements says the problem is that many Australian companies see the goal of procurement as saving money, when it should be about balancing value add with minimising risks.

Companies may think they are doing that by looking at how much money they spend with each supplier, but that’s not a good indicator of the level of risk to their organisation.

Clements recommends they develop a more structured, holistic approach to identifying and managing risk throughout their entire value chain.

But that’s not an easy task for organisations with hundreds or even thousands of suppliers and subcontractors.

He says Australian companies may use sourcing and spend management systems from the likes of SAP, Oracle and Coupa, but these don’t always provide all the risk management tools needed today to assist in balancing the value | risk equation.

Clements says companies should explore and utilise bolt-on additional tools that asses risk and automate the task of managing it. Those tools can categorise suppliers into different risk tiers and enable a coordinated approach to obligation management.

Ranking suppliers by risk is only the first step in getting on top of the problem. The next step is to predict risks outside the value chain. That involves monitoring a wider set of data and using analytics to predict problems.

For example, an organisation could monitor social media and other data sources for signs of geopolitical problems, natural disasters, changes in ownership and other sustainability measures. This forward looking approach might allow organisations to predict disruption within their supply chain ecosystem and enable them to act in a proactive manner without affecting their operations.

Clements says procurement professionals should also work more closely with finance, legal, risk, operations and other departments to check for risks at each step in the procurement process.

And they should test that their risk control measures work. “How do you stop child labour? You have unofficial visits, where you go to a site and see who’s on the floor. The historical arms-length operation – checking boxes – is just no longer going to work. You have to be there otherwise your stakeholders and the general public will decide,” Clements says.

Of course, all that assumes that organisations have procurement specialists with appropriate skills. That’s a challenge for the public sector, says David Hallett, CEO of The Institute of Public Works Engineering Australia (IPWEA) Victoria.

“I think procurement expertise is the challenge in our world at the moment, given the level of infrastructure activity that’s going on,” Hallett says.

He says the current boom in state infrastructure projects in Victoria and NSW has increased the risk that local government organisations won’t be able to find capable tier one contractors. “In some cases, tier one contractors are fully occupied for years into the future,” he says.

That has also increased the risk of over-spending and created quality control challenges. “And of course, the challenge for contractors is obtaining the resources to keep servicing all of these projects,” Hallett adds.

Another person who sees a larger focus on specialised procurement skills is Mark Lamb, General Manager of The Chartered Institute of Procurement and Supply Australasia.

As a result, procurement departments need people with the ability to communicate with and interrogate many different business departments.

He says the profession is changing to meet this need. Previously, people “fell into procurement roles”, he says. “What we’re seeing now, is it’s such an important function, that people are studying procurement as a profession,” he says.

Clements also says he’s seeing a shift in thinking about procurement within businesses, even if many haven’t yet put enough controls in place. “Organisations, their boards and senior leadership are starting to say, ‘We need to have an approach in place to mitigate the risk with suppliers as its front of mind and for many a top five strategic initiative,” he explains.

For those companies that aren’t addressing these issues, he warns that even relatively minor deals could land their organisations on the front page of newspapers.

“Some organisations may say ‘I only spend $100k on a cloud based SaaS solution, it’s not important to me’,” Clements says. “Whilst that may be true, the reputational damage that comes with that deal could be significant with catastrophic public trust and stakeholder implications all which impact an organisation’s license to operate .”