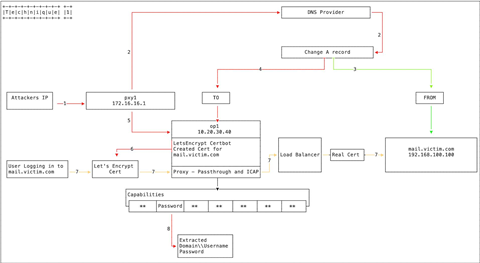 The United States Department of Homeland Security has issued an emergency directive in response to a serious, global campaign of domain name system (DNS) infrastructure tampering, believed to originate in Iran.

Attackers have successfully redirected web and email traffic by altering DNS records, making them point to servers on addresses that they control.

They've been able to do so by capturing administrative credentials for administrative accounts that can make changes to DNS records. FireEye and Talos said they have received reports that sophisticated phishing attacks were used to gain acccess for DNS record manipulation, as well as compromising a victim's domain registrar account.

FireEye and Talos said its initial research suggests the actors responsible for the attacks that have taken place over a year "have a nexus to Iran".

Federal agencies are now required to take action as per the DHS directive to mitigate against the DNS attacks.

Within ten business days US federal agencies with .gov and other domains must audit publci DNS records to verify that they point to the correct, intended location. If they do not, agencies must report it to the Cybersecurity and Infrastructure Security Agency (CISA).

Agencies are required to immediately start monitoring CT log data for certificates that they did not request. If any unauthorised certificates are found, they must be reported to the issuing certificate authority and the CISA.

The Australian Cyber Security Centre issued an advisory yesterday recommending that administrators review the FireEye and Cisco Talos blogs for information on how to harden their organisations' DNS infrastructure.