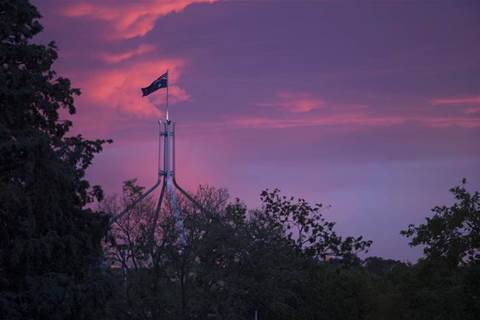 The federal government might be keen on reforming the banks through the Royal Commission, but the ANZ bank’s digital chief Maile Carnegie reckons Australia’s top bureaucrats can lift a trick or two from financial institutions to clarify their purpose and bust some public sector silos.

As the nation braces for four bitter months before the federal election, ANZ's agile transformation evangelist has entered the debate over the future of the public service, strongly arguing that bureaucrats need a unified cause to rally behind to deliver better outcomes.

“The interesting thing is that there does not appear to be a single purpose for the Australian public service. Each department seems to have a specific and slightly different articulation. Yet I believe it would be even more powerful if public servants could rally behind a single, unifying reason for being,” Carnegie said on the ANZ's corporate blog Blue Notes.

The ANZ digital chief’s frank assessment is certain to turn heads in APS leadership and technology ranks, not least because Carnegie is one of a clutch of hand-picked private sector experts tasked with conducting a once-in-a-generation independent review of the Australian Public Service.

Chaired by former Telstra CEO David Thodey – who is also the chairman of the CSIRO – the review was set in train by former Prime Minister Malcolm Turnbull last April and is tasked with producing “an ambitious program of transformational reforms to ensure the APS is fit-for-purpose for the coming decades, and to guide and accelerate future reform activities”.

An essential element of the review is identifying and recommending how technology can strategically improve government services, governance and productivity and to set a path for how the federal public service can get there in terms of organisational architecture.

But even though the Thodey Review’s report is due to be handed to the government around April, it’s still unclear whether it will be publicly released before the federal election is held.

That uncertainty has been amplified by Prime Minister Scott Morrison seeking to distinguish his leadership agenda from that of his deposed predecessor by conspicuously dumping previously persistent references to innovation and digital disruption.

Politics aside, a crucial area regarded as ripe for reform is how federal agencies and the APS develop technology strategy and whether there will be an ongoing role for the Digital Transformation Agency to push agencies to modernise.

Carnegie notes that there are headwinds to progress, not least money and skills, though they are not insurmountable.

“Collaboration across departmental silos – whether public or private - is a big challenge and is made more complicated by the compression in budgets.

“Building contemporary capabilities, including the public service winning the war for talent in critical areas like data, cloud, and engineering is another challenge looking forward to 2030,” the ANZ digital chief said.

The problem of securing sufficient technology talent within the permanent ranks of government has grown in intensity over the past five years as the corporate sector routinely leaves government pay levels in the dust, a scenario that has led to a dependency on contractors.

A number of agencies are known to be keen to recast pay levels for technology specialists to reduce the level of churn and loss of corporate memory.

“There are many similarities between the Australian public service and banking. Both are large, complex organisations where the vast majority of people are trying to do the right thing, including being more customer or citizen-centric,” Carnegie said.

“Both are trying to tackle large capability gaps and technology deficits in a fast-changing environment where there is a diminishing risk appetite to address these issues.”

There’s also a pay gap. While the most senior public servants only just nudge $1 million a year in annual pay, Carnegie is listed in ANZ’s latest annual report as taking home around $3 million. And that’s after taking a post-Royal Commission haircut.

Even so, the former Googler who famously started her gig at ANZ on a better wicket than the CEO maintains the key is leadership and clarity of purpose.

“A major difference is that in a private sector organisation there is a clear ‘leader’ who is better positioned to make the tough, coordinated decisions required to transform an organisation,” Carnegie surmises of government’s more distributed reporting lines.

Whether it will translate remains to be seen. But what’s a new year without a bold vision, and an election.