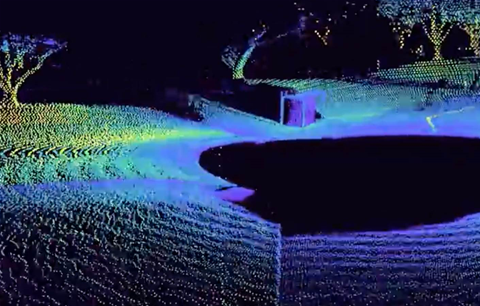 The company launched what it calls “a novel LiDAR system that uses prism-like optics and shifting wavelengths of light to create powerful eyes for self-driving vehicles” in July last year.

It is based in Sydney with offices in San Francisco and Shanghai, and has about 90 employees.

The company said in a statement it would use the investments to “scale production, hire talent and continue its mission to enable safer autonomous driving.”

“Baraja’s spectrum-scan LiDAR solution is a completely new category of LiDAR technology that dispenses with expensive, spinning lasers,” said Steven Ji, a partner from Sequoia China who joined Baraja’s board of directors as part of the deal.

“Everyone understands the challenges for traditional LiDAR. They’re prohibitively expensive, difficult to manufacture at scale, and need to be incredibly robust.

“These problems need to be solved for the fully-autonomous vehicle to become a reality, which is why we’re so excited to be working with Baraja.”

Baraja’s LiDAR is “software-defined,meaning it can be directly controlled and reconfigured by perception algorithms in response to changing environments and driving conditions, allowing for better safety and a quicker path for self-driving vehicles to go to market”, the company said.