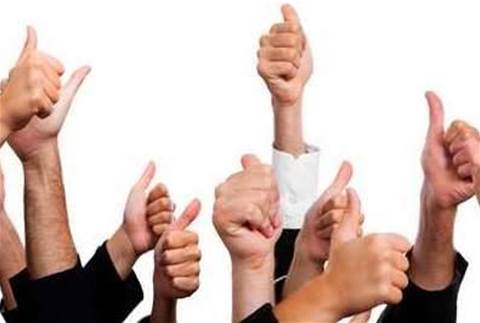 While satellite users least likely to recommend others sign up.

NBN Co’s fibre-to-the-basement (FTTB) and fibre-to-the-curb FTTC) users are the strongest advocates for the network, with around 7 in 10 recommending others join.

New figures released today show the spectrum of users prepared to advocate others sign up to the NBN, based on the access technology they use.

NBN Co said that low advocacy scores “do not reflect dissatisfaction” but should simply be read on their face value; that is, as the number of users “who have already recommended the network to family, friends or colleagues.”

Those most likely to advocate others sign up to the NBN are the small percentage who have FTTB connections, with 71 percent recommending the NBN to others.

Users with FTTC connections - who number around 40,000, based on the most recent count - are also strong advocates for NBN, with 68 percent recommending others also use it.

From there, it is a nearly three-way tie between fixed wireless, fibre-to-the-premises (FTTP) and hybrid fibre coaxial (HFC) users, for whom between 57 and 58 percent say they have advocated others join the NBN based on their own experiences.

The advocacy score for fixed wireless has been in a slow decline, from 84 percent in July 2015 to 50 percent in October 2018, coinciding with rising problems with congestion on that part of the NBN.

Advocacy among HFC users was up strongly in the year to July 2018, after large parts of the HFC network were remediated to improve performance.

Those with fibre-to-the-node (FTTN) and Sky Muster services were least likely to be advocates for the NBN; 49 percent of FTTN users and 43 percent of Sky Muster users had recommended it to others.

Table released by NBN Co on advocacy scores by rollout technology.
Got a news tip for our journalists? Share it with us anonymously here.