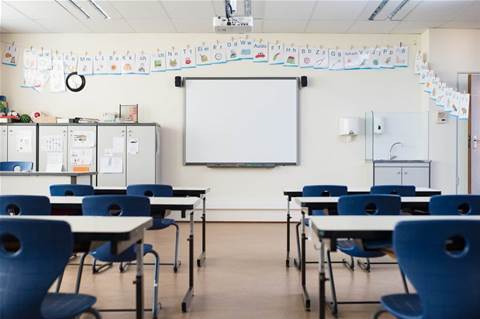 After more than 12 years and $750 million, NSW’s Department of Education has finally reached the end of its infamous LMBR overhaul, exactly four years after the program was first slated for completion.

The epic project to replace the legacy finance, human resources, and payroll and student administration systems in place across the state’s 2208 public schools has preoccupied the department since 2006.

It was first expected to be finished in December 2014 at the vastly underestimated cost of $386 million, but due to series of challenges, including complexity and getting teachers up to speed on the new systems, this has climbed an additional $369 million in the intervening years.

The SAP-based finance system was the first component of the program to be deployed to 229 pilot schools in 2013, followed by the Tribal ebs4-based student administration and learning management (SALM) platform later that year.

However by 2016 the number of schools with the SALM had only climbed to 426 schools, partially due to the department's decision to during 2015 to stagger its approach to the remainder of the LMBR deployment to ease some of the pressure.

NSW auditor Grant Hehir also attributed the delays to changing requirements and scope, a "high level" of uncertainty in business cases, governance weakness, and a lack of program and contract management.

It would take another 15 months after the department’s decision to stagger the rollout before the state’s final group of school moved to the finance system and SALM system in mid-October 2017.

All TAFEs had received the SALM by 2014, but the education provider was forced to dump the component after being unable to use the Tribal-based software to track which students had paid fees.

Staged deployment of the program's final phase – the SAP-based HR and payroll system – began in February this year, starting with corporate staff and staff from 32 schools in the far South Coast Principals Network.

There were plans to complete the rollout to replace the department’s 30-year-old legacy applications before July, but the final release – which covered 77 percent of staff – was pushed back to November this year after issues were identified.

But after falling over the line with the HR/payroll system last month, the state’s audit office revealed on Wednesday that the decade-long overhaul was now complete.

“The department’s LMBR program has been fully delivered,” the annual audit of the education cluster states.

The department is now awaiting a program closure report from consultants in January 2019 to examine the benefits of the program, which the department’s enterprise program management office has oversight of until 2025.

“This report will examine how the benefits of the LMBR program are being tracked by business owners as well as the status of benefits realisation,” the audit states.

With the project now fully delivered, the department has released the costs of the program over the last 12 years.

It put the final expected cost of the program since 2016 at $755 million, more that $270 million more than it was originally expected to cost.

“This comprises forecast capital costs of $470 million and recurrent costs of $285 million,” the audit report states.

As at 30 June 2018, the department said the cumulative cost of the program was $737 million, including both capital and recurring costs.