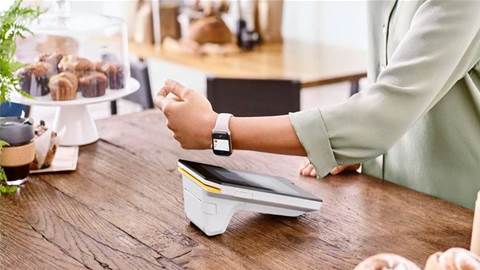 The Commonwealth Bank of Australia has broken ranks with Apple Pay hold outs Westpac and NAB, revealing it will now offer the increasingly popular service from January 2019 though it is yet to give a specific date.

The move comes as recently appointed CEO Matt Comyn moves to put his personal leadership stamp on the reputationally battered institution by re-engaging with customers that have become increasingly disaffected in the wake of the banking royal commission and AUSTRAC ATM money laundering scandals.

The move to offer Apple Pay is huge because it means Australia’s largest retail bank has essentially accepted it cannot beat the US brand in the digital consumer space at a local level and is prepared to sacrifice margin on payments to stop customers defecting.

ANZ has so far been the only one of the big four banks to offer Apple Pay after it decided it had more to gain than lose, a decision understood to have been influenced by head of digital banking Maile Carnegie.

“We recently wrote to our customers asking them what the bank could do differently and we received lots of excellent suggestions,” CBA Group Executive of Retail Banking Services, Angus Sullivan said.

“One of the things we heard repeatedly from our customers is that they want Apple Pay and we’re delighted to be making it available in January 2019.

“We are committed to making changes that benefit our customers and simplify our business. We will continue to look for more opportunities to innovate and listen, to ensure our customers get the best experience when they bank with us.

"Responding to customer demand for Apple Pay underscores our commitment to becoming a better, simpler bank.”

The pre-Christmas timing of CBA’s backflip is also a window into machinations at the bank under Comyn’s rule. It is understood the project was kept under tight wraps until launch to avoid other banks gazumping the news.

However it is fear of the ascendant digital chief of ANZ, former Googler Maile Carnegie, that seems to have been the tipping point.

On Thursday ANZ was announced as the new institution being used to break Westpac’s incumbency at the NSW government’s institutional account, one of the so-called whales of transaction banking.

CBA had been widely expected to be named as the new bank for NSW given its strong showing in Transport for NSW’s Opal transit ticketing product, its location in Sydney and huge investment in systems modernisation.

However Australia’s largest bank was pipped at the post by ANZ who immediately raced out a publicity blitz featuring pre-recorded videos of Carnegie and other ANZ senior executives.

Within banks the move is seen as ANZ directly challenging CBA to claim top spot as the most technologically nimble and progressive institution in Australia as both the CBA and Westpac wait for their new tech chiefs to take the reins.