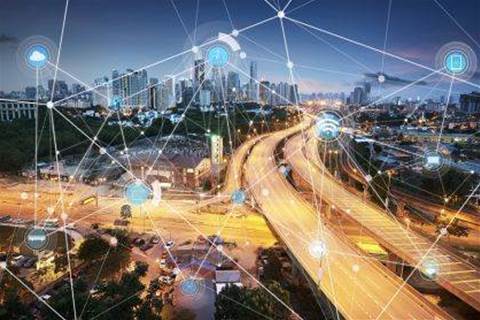 Reveals use for $18.5m of spectrum snapped up in recent auction.

Dense Air, the only surprise bidder in Australia’s recent 3.6GHz spectrum auction, says it will launch a wholesale service that carriers can use to extend the reach of their own 5G networks.

In a statement, its CEO Paul Senior provided more detail on Dense Air’s plans for Australia.

“Our spectrum enables us to offer a completely new type of wholesale service to 5G network operators,” Senior said.

“Dense Air will complement planned 5G deployments, by allowing much greater densification than can be achieved with macro cells alone.

“By offering both 5G enterprise small cells and 5G residential femtocells, we can in-fill missing coverage and enhance capacity.”

5G networks on the whole are expected to be made up of a dense array of smaller antennas than predecessor 4G networks.

Dense Air is hoping to set up operations locally that would allow it to run 5G services of multiple operators through the same physical 5G small cell or femtocell.

“We will provide densification extensions to both enterprise and residential consumers, extending 5G coverage and capacity to the hardest to reach outdoor and indoor locations,” the company said.

Dense Air said its operations would ultimately consist of a “targeted mass deployment of small cells”.

It will officially begin operations in Australia once the 5G licenses are issued and “handsets for the 5G ecosystem are available”.

The Australian Communications and Media Authority (ACMA) said this week that “licences won at auction will commence in March 2020 and will extend until 13 December 2030.”

“However, arrangements exist to enable earlier access to the band, provided that no interference is caused to existing licensees,” the ACMA said.

Dense Air said it plans to start offering commercial services elsewhere in 2019, “including in recently acquired spectrum in New Zealand”.