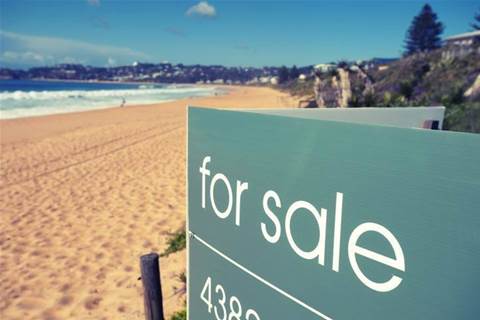 Australia’s competition watchdog has moved swiftly to stomp on the use of deliberately confusing and incomprehensible pricing data by Australia’s banks and mortgage industry ahead of a wider transparency crackdown set to hit the telco and energy sectors over the next two years.

In the first substantive probe to use tough new data and information disclosure powers given to the regulator as part of industry reforms, the Australian Competition and Consumer Commission on Tuesday delivered its highly anticipated report stemming from its residential mortgage price inquiry – and promptly labelled pricing data an oligopolist stinker.

The use of the ACCC’s data powers against them is a big deal for major corporates and regulated industries because it is set to upturn decades of investment into complex pricing systems and rules engines that underpin how the billing industry works out its rates to optimise revenue.

It will particularly hit big users of CRM platforms, pricing analytics and customer yield optimisation products that stretch across Oracle, Salesforce and IBM and other specialist firms.

At the heart of the ACCC’s action is a successful bid to force banks to cough up pricing information in a way that the regulator and then the public can use, collate and ultimately compare to determine whether or not there is actually in a market.

The results from the ACCC data squad’s first haul are not pretty.

“Pricing for mortgages is opaque and the big four banks have a lot of discretion. The banks profit from this and it is against their interests to make pricing transparent,” ACCC Chair Rod Sims said.

“I am afraid that the threat of switching banks will often be necessary to achieve a competitive mortgage rate.”

Sims noted that a policy shift to rein in interest-only loans had also been exploited by banks to synchronise their rate rises.

“We were not surprised banks seized the opportunity to increase prices for interest-only loans. These price rises were enabled by the oligopoly market structure in which the big four banks collectively have a market share of about 80 per cent,” Sims said.

“Such is the oligopolistic nature of banking that the banks all took the opportunity to increase rates on both new and existing interest-only mortgages, despite APRA’s measures only applying to new lending.”

The regulator is also promoting the warts-and-all price probe as a taste of things to come across major sectors once the new Consumer Data Right takes hold over the next two years.

“The ACCC used its compulsory information gathering powers to obtain documents and data from the five banks on their pricing of residential mortgage products,” the regulator, adding it “supplemented” its analysis with data from the Reserve Bank of Australia (RBA), Australian Prudential Regulation Authority (APRA) and the Australian Bureau of Statistics (ABS).

“This Inquiry was the first task of the ACCC’s Financial Services Unit (FSU), which was formed as a permanent unit during 2017 following a commitment of continuing funding by the Australian Government in the 2017-18 Budget,” the regulator said.”