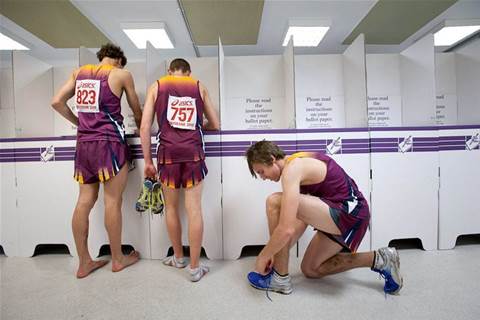 ANU says pencil and paper ballots are better for democracy.

The Australian National University is recommending the US adopt Australia’s 'old fashioned’ pencil and paper voting system to protect democratic processes in an era plagued with suspicion and cyber attacks.

The call comes off the back of a research collaboration between ANU and Indiana University at the recent Making democracies harder to hack workshop in Washington DC, which looked at the ways digital technologies are enabling electoral interference.

Security expert from ANU’s National Security College professor Matthew Sussex, who led the university’s delegation to the workshop, said although Australia’s paper and pencil ballot system might be seen as archaic, it’s very difficult to hack.

"The US has privatised the process of counting votes and tabulating data," Sussex said.

"That means different layers of security and rules on how votes are collected and counted at local, state and county level."

He said the patchwork system harbours a lot of vulnerabilities that could easily be exploited by hackers.

Fears about the susceptibility of the US’ voting hardware were evident during the recent midterm elections, including vast numbers of ballot scanners breaking down and allegations of machines otherwise malfunctioning or being compromised.

"If they were to move towards Australia's pen and paper ballots and a central electoral commission, it would be a good thing for the security of US democracy," Sussex added.

It’s worth noting that although Australian states do have online voting systems like NSW’s iVote, voters can only sign up for the service if they can prove there are significant barriers to attending a voting centre such as vision impairment or living more than 20km from the nearest centre.

And despite a once in a generation overhaul Australian Electoral Commission’s back-end systems unveiled in October, parliament has vetoed the prospect of online voting for the foreseeable future given mounting fears of foreign interference.

The workshop also touched on other election vulnerabilities, such as increasingly aggressive attempts from foreign interests to influence election results, especially through online media and the Fancy Bear hacks.

"We are seeing an increasing interest in Australian elections from the Chinese," Sussex said.

"They learn from the Russians, they are more subtle when they go about it, but it is certainly the case that there is activity designed to sway certain sections of the Australian population."

He said both the US and Australia need to work together to better understand these threats and how they can be combatted.

"We have very similar problems when it comes to manipulating public opinion, particularly through social media.

"We need to know much more about where the vulnerabilities lie within the election security chain. We need to know what countries are trying to amplify what particular messages, and how to make sure democracies are as resilient as possible."