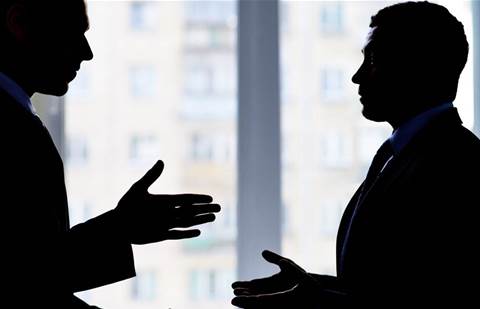 Queensland’s IT minister Mick de Brenni has urged the federal government not to use its newly created Australian Digital Council as a way to dilute state regulation.

Ahead of the second ever sitting of the council in Adelaide today, de Brenni warned federal Minister for Human Services and Digital Transformation Michael Keenan against using proposed cross-jurisdictional business simplification projects to roll back regulation.

“What we don’t want to see from the federal government are Trojan Horse tactics that drag down regulations under the guise of business simplification,” he said.

“Queensland sets very high standards when it comes to regulation, and any alignment between states and the federal government should meet these standards, not fall below them.”

de Brenni said he had written to Keenan to express his concerns and will seek assurance that important regulations, particularly environmental and safety standards, are protected.

“A strong national economy is not built by removing important public safety and environmental protections,” he said.

iTnews has contacted the minister’s office for further comment about the nature of proposed business simplification projects and his concerns.

Kennan established the council in September to commit to crucial new cross-jurisdictional agreements around accelerating the development of digital services and improving data sharing across borders.

But that appears not to have taken place, with de Brenni accusing the government of not consulting with the council’s membership prior to the release of Australia’s inguinal digital transformation strategy last month.

“The decision by the federal government not to consult with the ADC membership prior to the release of the federal government’s digital transformation strategy last month is of particular concern, especially given items due to be discussed and considered by the ADC in Adelaide today were outlined as key priorities in the strategy,” he said.

“While the strategy’s vision, priorities and actions are consistent with Queensland government priorities, our shared objectives cannot be achieved without collaboration between federal and state governments.

“It’s critical that all levels of government work together and collaborate with business, and I’ll be seeking a greater level of cooperation with our activities in the future.”

Update 4:45pm: A spokesman for the Minister for Human Services and Digital Transformation Michael Keenan told iTnews the digital council has "no responsibility or say on issues related to workplace safety".

"To suggest otherwise is simply incorrect," the spokesman said.

"What Ministers discussed at today’s meeting were ways that our respective governments can help businesses by reducing red tape and bureaucracy that places unnecessary burdens on their operations. There was unanimous support across all jurisdictions for that.

"As for the suggestion that Queensland was not consulted on the Commonwealth’s Digital Transformation Strategy, I have politely advised Minister de Brenni to speak to his bureaucrats who were given several opportunities to engage on the strategy during its production. Those offers were never taken up."