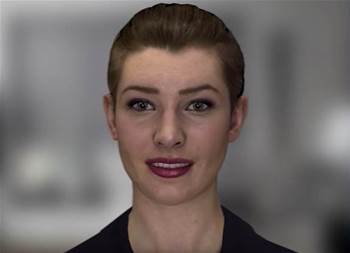 It's not what you say, but the way that you say it. And whether or not you can actually listen in the first place.

The long-awaited bot remains “temporarily postponed” more than 12 months after it first entered a holding pattern while the agency reviewed the national disability insurance scheme (NDIS).

The results of that review were delivered in February this year, but there has been little mention since of the virtual assistant who's intended to help the agency handle the 8000 calls from participants each week.

In the latest published responses to questions on notice, the agency said Nadia will remain postponed until it had reformed “key processes of the NDIS” through the agency’s “pathways strategic program”.

“Once these have been defined, Nadia can be updated with relevant processes,” it said.

However, for the first time since the delays began, the agency has also blamed immature speech recognition technology. Not that a huge amount of complexity has been served in one hit to Nadia.

It is not known if this refers to technology behind the platform of speech recognition technology more broadly.

The agency notes that it is “meeting regularly with key vendors to monitor progress” around maturity, which it said was vital to ensuring Nadia’s success.

“It is essential that all participants as well as other members of the public are able to easily and successfully interact with Nadia.”

NDIA also wouldn’t disclose when Nadia would be released, only saying that its release was “predicated by the maturity of the technology”, or whether the trials that were slated to take place this year had occurred.

“The NDIA is committed (sic) exploring a range of platforms that deliver accessible information to the NDIS,” a spokesperson from the agency told iTnews.

“As the NDIS pathway is rolled out, the NDIA will consider the role of the Nadia technology to ensure people with disability can access information about the NDIS through a range of suitable.”

Ongoing delays with Nadia come at a time when other agencies such as the Department of Human Services - NDIA's IT provider - are ramping up their focus on AI-powered assistants.