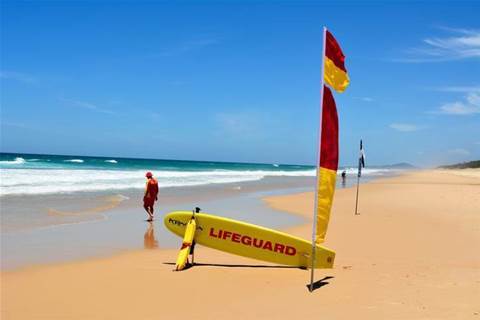 Thanks to federal smart cities grant.

Two coastal councils in New South Wales are set to develop and deploy smart beach platforms to improve the use of public facilities and reduce the number fatalities in the water.

The Northern Beaches Council and Lake Macquarie City Council have received a $910,000 grant from the federal government to build the platform with the University of Technology Sydney over the next 18 months.

Data collection will centre around beach conditions, the number of people using public facilities and the quality of services.

Sensors installed along the beach will monitor wave and swell movement, and all of the data is set to be publically available so beachgoers can plan their trips around lulls in the waves and crowds.

Existing technologies including drones and shark detection systems will also inform the trial, however UTS has told iTnews the project is not connected with the 'Little Ripper' drones deployed by Surf Lifesaving NSW, Westpac and the university to deliver rescue devices and autonomously spot sharks.

“This technology will provide our lifeguards and the general public with valuable, real-time information and reporting, helping to create safer beaches for everyone,” Lake Macquarie mayor Kay Fraser said.

She added the initial trial period will run for the next 12 months, with the aim of releasing an app in the following six months.

“Our local government area includes 32km of spectacular coast and four patrolled beaches, which collectively attract more than 1.4 million people a year so we know such an app will be a popular tool for many of our beachgoers.”

Northern Beaches mayor Michael Regan added the trial will provide a”an even better and safe experience for all beach users”.

Lake Macquarie's leisure services manager Brad Sutton said the program could easily be expanded around the country or exported internationally.

Royal Lifesaving Australia estimates 249 people were involved in fatal drownings around the country last year, and a further 551 were hospitalised from incidents that could result in permanent or long-term effects.