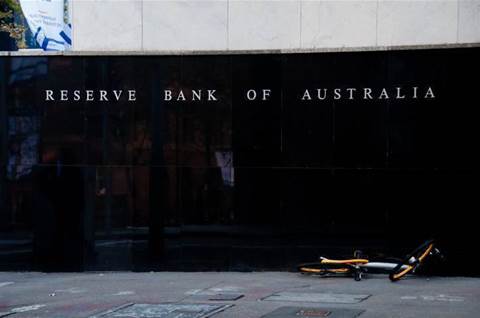 Banks and credit card schemes across Australia are bracing for a sharp regulatory poke over exploding levels of online credit card fraud after the Governor of the Reserve Bank of Australia, Philip Lowe, revealed he was personally stung just days ago.

In a sublime piece of timing, Lowe made the candid disclosure during a keynote speech to the nation’s payments industry bosses in Sydney on Monday, leaving bankers and credit card schemes red-faced over online fraud rates that are still rising strongly, despite their efforts.

“Last week I had fraud on my own credit card account. All of my accounts and cards got frozen. So over the weekend I had to resort to emergency cash usage to make my payments,” Lowe told the room.

“So this issue is very much top of mind for me at the moment.”

It is understood the RBA Governor’s children became a cash lifeline during the incident, an irony not lost on the man whose signature gives authority to Australia’s banknotes.

Lowe’s revelation will badly rattle major institution and card schemes who have persistently pushed the argument that online card fraud, dubbed card-not-present fraud, is under control, despite persistent sharp rises.

The RBA chief said fraud levels had become “a recent focus of the Payments System Board”, a signal that regulators are quickly growing tired of the conspicuous lack of a dent in fraud growth rates.

Lowe made it clear that the growth in online payments fraud ran counter to experiences with technical solutions applied to other electronic payment channels like chip-and-pin for physical payments that were once rife with cloned or skimmed cards.

“Card-not-present fraud rose by 15 per cent in 2017 and now represents 87 per cent of total scheme card fraud losses,” Lowe said.

“In contrast, the industry has had successes in addressing card-present fraud, with the introduction of chip technology and the switch to PINs. Despite this, growth in e-commerce activity has provided new opportunities for would-be fraudsters.”

A major gripe of merchants is that banks and schemes are still allowed to shift the bulk of online fraud losses onto them, with retailers pushing for banks and issuers to pick up the tab for counterfeit card purchases.

With the last fraud figures chalking up a whopping $476 million, merchants are angry that they are being stuck with a massive liability shift.

The RBA has sought to take a middle road on the issue, tasking industry self-regulator the Australian Payments Network to come up with a strategy and suite of measures to arrest growing fraud rates.

Asked if banks should pick up the fraud tab rather than merchants, Lowe stressed it was the level of fraud rather than the liability that was the main game.

“The solution here is to reduce the fraud cost to the system. Fraud ends up as a cost to the merchant, but it also reduces people’s confidence in the system,” Lowe said.

“If people don’t have confidence in the system they are less likely to use it. If fraud in the system keeps rising, people won’t want to use electronic payment methods, they will use cash instead, which is not the right solution.”

And he would know.

It may not be explicit, but the clock for banks and card schemes to make a dent is now ticking.