Centrelink's big cashless card upgrade gets stuck at the checkout 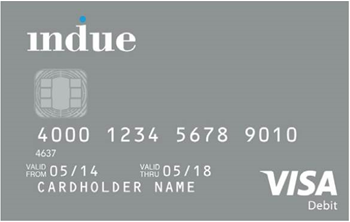 Software blocking of products not so easy.

It went looking for software in July last year to restrict the kinds of products available at the point of sale for those welfare recipients that fall under the Cashless Debit Card program.

The hallmark welfare program is intended to stop Centrelink recipients from using money to buy alcohol, drug and gambling products by confining 80 percent of payments to a government-issued debit card.

The cashless welfare card was designed for areas with high levels of drug and alcohol abuse, and has so far been trialled in three locations in SA and WA.

The scheme is now set to be rolled out in the Bundaberg and Harvey Bay regions of Queensland following the passage of legislation warranting its expansion in September.

The rollout continues despite a recent audit report that said it was not clear whether the card had actually led to “a reduction in social harm”.

Merchants with diversified businesses have good reason to be wary of the card.

The operation of the restricted payments program currently relies on the issuer of the Visa/EFTPOS debit cards, financial institution Indue, using the merchant category code – which defines certain businesses based on the types of good or services it provides – to block access to restricted goods.

This approach causes problems for businesses such as bars or bistros that sell a mix of restricted and unrestricted goods, especially if the rollout continues to expand.

Instead Indue currently requires the merchant to enter into a contract to refuse the sale of restricted goods to anyone using the Centrelink debit card, which provides the opportunity for “non-compliance and workarounds”.

DSS had wanted to have automated product-level blocking software ready by October 2017 to accompany the scheme’s expansion into Queensland.

But it would be another eight months before DSS would get around to awarding the contract to IT services company DXC – formerly CSC.

A spokesperson told iTnews that work to date has focused around “investigating the feasibility of deploying product blocking at the level of the grocery basket”.

Until DXC come up with a solution for the department, only those retailers selling alcohol that can allocate a payment terminal to non-restricted items will be able to accept the cards.

The spokesperson said that some retailers such as hotels were accepting the card for food or accommodation only.

“While most retailers selling alcohol are blocked entirely from receiving the card through the use of Merchant Category Codes, some have chosen to accept the card for purchases of non-restricted items,” the spokesperson said.

“This is generally achieved by the retailer identifying a payment terminal which will be used for non-restricted items only – such as in the hotel bistro or reception, for example – and that particular terminal is unblocked. Such retailers sign an agreement with Indue in order to be able to accept the card.”