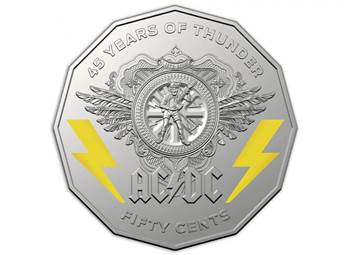 Digital transactions are continuing to burn a hole in the pocket of national coin maker the Royal Australian Mint after a new audit found consumers are increasingly turning to electronic payments to replace the fumble for small change.

In a document that is bleak news for buskers and public can rattlers, an Australian National Audit Office report says the business of making money just isn’t what it used to be, with Near Field Communications (NFC) the primary culprit.

“The Mint’s core business of producing and supplying Australian circulating coins is facing decline with the emergence of alternative non-cash payment methods enabled by digital technologies,” the ANAO said.

Seigniorage is the difference between the sale price of a circulating coin and the cost to produce and distribute it into circulation.

The rather curious term first came to mainstream attention in 2014 when it was revealed during Senate Estimates that it cost the Mint six cents to manufacture and circulate a five-cent coin.

The revelation of the cost led to a flurry of speculation that the diminutive echidna-faced coin could soon be withdrawn from circulation as the Abbott government contemplated selling-off the Deakin coin press.

At the time Mint chief executive Ross MacDiarmid cautioned circulatory coin making was facing a decline “saying it was an appropriate time “for us to look and see what the next 10 years looks like.”

A few years on the broad trend away from coins spurred by digital commerce has continued –although the cost of a five cent coin has actually fallen.

A Mint spokesperson told iTnews on Tuesday the latest cost of a five-cent coin is down to 5.09 cents. That’s good news because it reduces the loss (or ‘seigniorage gap’) the institution cops on each coin, small change that adds up fast on the ledger.

But it’s big changes in consumer payments behaviour that have really compounded to make the move away from cash and coins a sustained trend.

The proliferation of NFC in cards, phones and other payment instruments is the core culprit, though it’s likely to be much broader than straight tap-and-go transactions, whether these are Eftpos or US scheme-based like Mastercard or Visa.

While the last five years have seen concerted efforts by card issuers, especially banks, to push consumers away from cash by lowering merchant acceptance thresholds, the rollout of smartcards across Australian public transit is now almost ubiquitous and certain to have played a role.

Other previously coin-based payments like parking meters and vending machines have also made the leap to NFC acceptance.

That’s left the Mint looking for new ways to bolster income, and it pays to be creative. The launch of a collectible AC/DC commemorative coin range proved so popular staff were initially overrun with enquiries.

There's also been the placement of collectable coins into circulation sponsored by News Corp as well as the Mint to launching its own specially marked coins where the public can enter to win prizes if they collect all three.

What the tooth fairy leaves in the years to come remains a very open question.