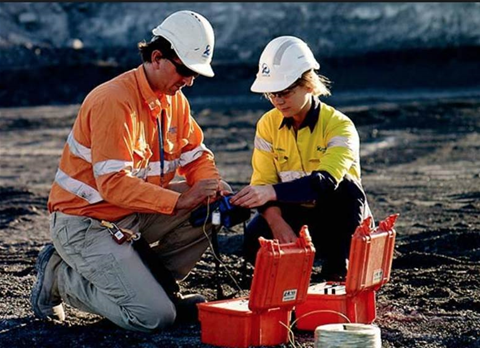 Australian explosives maker Orica is heading into the third release of a massive SAP transformation known as the ‘4S program’, marking its second attempt at putting its global operations on a single platform.

These processes include HR (“recruit to hire to terminate”), business planning to reporting, procure to pay, issue to resolution, and master data.

Orica has been an SAP user since 1991 - predating the company even being called Orica; it was known as ICI Australia before 1998.

It has tried before to standardise the company on a single SAP setup under Project Caymus which was reported to be Orica’s largest ever IT undertaking.

Project Caymus started in 2011 and was meant to wrap up in 2016, but it was quietly scrapped after leadership changes at Orica.

Instead, Orica adopted a strategy of “improvements here and there” to its SAP system, though it did not put off the need for a bigger overhaul.

“Almost by a rule a company should refresh their system of record every ten years,” Azzali said.

“Once Caymus was stopped, we band-aided current processes and systems.

“But trying to patch and avoid the obvious creates more problems for the system and the processes because they just become very complex and hard to maintain, [and] the technology is no longer compatible with new technology on the market.”

It was conceived in February 2016 and included a “very long thinking phase of around 11 months” where a detailed business case was prepared for board approval.

“We got the money to spend 11 months of actually thinking what is it we are going to do in Orica for the subsequent three years,” Azzali said.

The business case contains “around 250+ benefit proofs ... signed off by 35 P&L owners”, as well as  “hundreds of line items on costing the project”.

It also included a detailed matrix of how it was envisioned that different elements of SAP would make up eight end-to-end business processes being transformed under the program of work.

The business case also talked to the 4Ss in the program’s name.

“It’s very much simple and standard and about the ‘rule of one’ meaning if you have two of something you’re neither simple or standard,” Azzali said.

“It’s also very much SAP first and cloud first, meaning we will only go to another product if SAP can’t provide us the functionality, and we will only go on-premises if there is some impediment not to go to the cloud.”

The business case was approved and work started in February 2017.

The resulting architecture will eventually be an S/4 HANA 1709 release as Orica’s core, hosted in Azure.

This is all being stood up in three main releases.

“We went live with release one in August last year, and that was sourcing and contract management for procurement,” Azzali said.

“The other release we went live with on July 2 this year, that was recruit to hire to terminate, expense management and payroll for A/NZ.

“The next go live is in March next year and that will bring in contractor management with Fieldglass, and marketing intelligence in C4C. By then we’ll have five clouds.”

At present, all of these SAP ‘clouds’ are integrated with Orica’s existing enterprise resource planning (ERP) core, which is based on SAP ECC.

The human resources business process is one of the latest to be transformed, having been the majority of release two which went live in July.

She said release two had thrown up challenges but none that the project team had been unable to deal with.

One of the changes enabled with the new HR business process is that unless an employee or contractor is listed in SuccessFactors, they can’t get an Orica user ID or email address.

“That forces users and their managers to care to have their teams up to date so the headcount is up to date,” Azzali said.

“Also, for us being an explosives company, it’s very important to understand how many people we have and where they are at any point in time for safety.”

Over the years, the number of different job titles in its systems had ballooned to over 4000; it has now cut this back to “700-plus”.

Azzali said that fewer roles would make it easier for Orica to determine the security design and delegation of authority and permissions in the new S/4 core, when it eventually goes live.

That should make it simpler to put in place processes for procurement, capex and opex approvals.

“Organisational design is something that’s generally not undertaken in SAP projects, but I found it to be foundational and fundamental,” Azzali said.