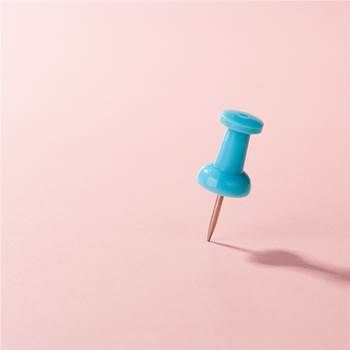 As we count down to the 2019 iTnews Benchmark Awards, we consider how technology is changing the role of the finance department.

Finance departments increasingly want to actively help businesses reach their financial performance goals, and are adopting automation and analytics to do so, according to KPMG Partner Financial Management, Nikki McAllen.

McAllen should know – she helps CFOs around the country grapple with the technological changes sweeping through their departments.

She says not only are automation and analytics tools enabling CFOs, accountants and other finance professionals to play a more strategic role in businesses – they are embracing that opportunity.

“Finance professionals used to say, ‘But we don't own the numbers.’ But the real change that's coming is finance departments wanting to own the numbers more. There's a feeling that they should have as much ownership of the performance of the business as the business does,” says McAllen.

But while technological change has opened the door for finance professionals to help “steer the ship”, it’s also increased pressure on them to understand a wider range of business issues.

“CFOs quite often have a transactionally focused-finance function. What they need, and are looking for now, are people who not only understand the financials but also the business operation,” McAllen says.

To become a stronger voice in wider business discussions, it’s vital for finance teams to look beyond traditional financial metrics and tools if they want to make the most of data analytics. For example, a key business question for an importer might be how to reduce demurrage costs - a charge payable to a ship-owner if cargo isn’t loaded or discharged within the time agreed. An options assessment would require the application of sophisticated algorithms to internal and external data collected - including tidal patterns, shipping speeds, weather forecasts, demurrage rates as well as constraints such as cargo discharge rates and labour shifts.

McAllen says that this thinking is now starting to happen. Many companies are now reconsidering what they should measure and the business questions that need to be answered to improve performance.

To solve that problem, McAllen says finance professionals need a broader set of skills than pure accounting courses have traditionally delivered. That includes the type of skills available through a Master of Business Administration course or similar post-graduate degrees.

“Finance must increasingly play a big role in partnering with the business to identify the critical business questions and get answers to these,” says McAllen.

The changing scope of financial roles also has implications for the way finance departments are structured. McAllen predicts finance teams’ structures will flatten, technical skills will deepen and softer skills will broaden as emphasis shifts from processing transactions and generating reports to higher-value add focus. They will also rely on a “rare breed” of data scientists and financial modellers to build sophisticated analytical data models.

McAllen feels that cloud-based ERP systems can help cut through that noise by linking to data managed in best-of-breed applications, tapping into other sources of information using APIs and presenting important data. Cloud-based ERP is also designed to direct users towards best practice, rather than encouraging the complex customisations that introduce risk. Cloud ERP is also easier to adopt across an organisation, increasing the likelihood of standardisation and making it less likely that organisations will create silos of information.

Drum says the profession isn’t uniformly keeping up with technologies such as artificial intelligence (AI) and big data.

For example, he says accountants may have heard of Blockchain, but might not understand what it will mean for their businesses. “Is it going to simplify my processes? Save me money? Show me how it works. Not everyone’s thought about that. Until we unpack it, these are just buzzwords,” he says.

“The world is moving now to where data is being captured and accountants have to take a different role. In some cases they are mentors and business coaches – people that can help businesses and departments achieve goals by being more hands on,” argues Greco.

That shift is evident in the fall in the number of entry-level positions available to finance graduates, Greco says. He has noticed that some organisations – including the Australian Taxation Office – now look for accountants with other skills, such data analytics and behavioural skills.

Finding job candidates with appropriate analytics skills may be difficult. While universities are updating their curricula to reflect changes in the finance industry, Greco says not all are making those changes fast enough.

Companies will also need to choose external accounting firms carefully if they want a true business partner. Greco says some firms are “lapping up” the opportunity to act as business advisors, but others aren’t.

“Some of our members aren’t ready for that yet, to act as mentors and advisors. It’s confronting,” he says.

While these challenges may be daunting, KPMG’s McAllen says a diverse range of companies are tackling them – from retailers to government emergency services organisations.

She says finance professionals that reposition themselves as business partners will be in a better position to meet the demands of boards, shareholders and government stakeholders.

“These stakeholders are looking at finance’s performance in a more balanced way. I think that’s the big change,” McAllen says.