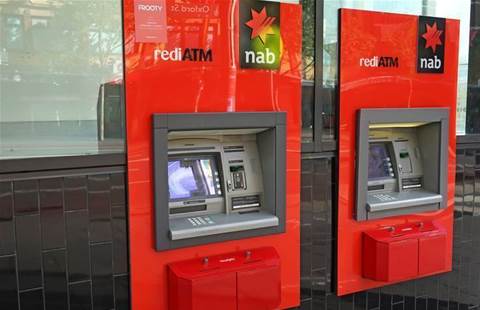 The National Australia Bank says it has shelled out $7.4 million in compensation payments to customers who suffered financial losses as a result of its bank-wide payment systems outage that left thousands of businesses unable to trade without cash in May this year.

In one of several frank confessionals contained in the bank’s annual report to shareholders, NAB said it is learning from its mistakes and “resolved 86 percent of customers’ claims within five days of lodging and 67 percent closed within the same day.”

The trumpeting of the rapid turnaround of post-incident payments comes at an awkward time.

NAB is now wrestling a fresh incident after it confirmed it was the bank that processed a toxic direct debit file for RACV that accidentally cleaned out policy holders’ bank accounts and maxed out their credit cards, sometimes to as much as $50,000.

RACV customers are in uproar over delays in refunds from the high severity incident which the insurer says will take up to five days to become available to affected customers hit by hundreds of repeated transactions that emptied their accounts after the dud file ran its full course.

While RACV is primarily responsible for the high-impact debacle, NAB is also under the spotlight as the financial services industry and regulators scrutinize its response to another major incident.

The issue of compensation is more complex in the RACV incident because NAB ran the dud file as part of its merchant acquiring agreement with RACV.

A key irritant for RACV customers is that neither RACV or NAB are yet publicly offering compensation to affected parties in the same way as NAB’s customers were ameliorated after the payments outage.

However there is public contrition aplenty in the NAB annual report over its Eftpos and ATM outage.

“We took full responsibility for this, apologising without reservation to all our customers and compensating customers who were financially impacted by the outage,” NAB said.

“After a detailed review of the incident, we strengthened many of our operational processes to prevent a similar situation in the future. The event also taught us a great deal about how and when to communicate with customers during a service disruption.”

The report also details progress a raft of technology led initiatives now sweeping through NAB as it re-architects the bank to be a fully digital business.

NAB said a “new digital rollover process” for its term deposits for around 350,000 customers pushing one million “interactions a year” had reduced banker processing times “from 20 minutes to 2 minutes.”

The report also reveals the breadth of NAB’s cyber centralisation efforts, including a 70 percent hike in spending, to keep crooks nasty actors at bay.

NAB is in the process moving all its security-related operations under one division in an effort to “evolve and strengthen the way it protects the data of customers, its people and shareholders” the bank said.

Got a news tip for our journalists? Share it with us anonymously here.
Copyright © 2010 IT Week
Tags:
cloud eftpos finance hardware mainframe nab
By Julian Bajkowski
Nov 16 2018
12:36PM