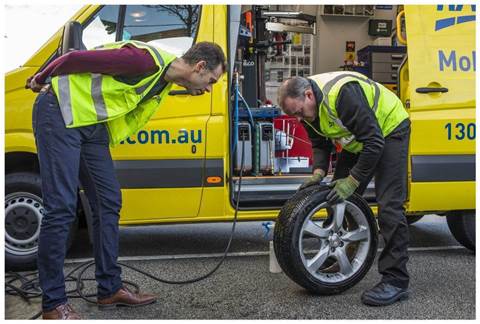 Customers of RACV who had up to $50,000 wrongly snatched from their bank and credit card accounts by insurance heavyweight RACV remain in the dark as to when they will actually have access to reimbursed funds, despite the organisation saying it rolled refunds overnight.

As the high severity direct debit fiasco rolled into its third day on Wednesday, RACV was unable to say whether refunds would clear and land in affected accounts by the weekend, opening the prospect of some customers being left without money until Monday next week.

It is understood the incident was caused by a batch file processing error that ‘looped’, causing the same amount to be repeatedly deducted, sometimes as many as 188 times according to angry customers taking to social media.

“It has been processed with our financial institution,” an RACV spokesperson told iTnews, adding that the insurer had endeavoured to convey the urgency of the situation to banks.

The incident has left both the insurance and banking industries red-faced, with institutions forced to scramble and put in place extra measures to redress the fallout from what RACV initially downplayed as a “system error” with little additional detail.

RACV’s lack of communications has also come under direct fire from customers.

“So no ability to contact you, no update, and now your phones say you are closed! You have taken $30,000 off me and are running and hiding. Show some customer service - keep your phones open and communicate with the number of Australians you just inconvenienced!” one customer posted.

“Drained my account over 5700 worth of charges, offered me some money to the value of 200 to help out then when I rang back they said no we can't do that till tomorrow. Absolutely discraceful [sic] and lack of remorse. Thanks for maxing out my cc,” posted another RACV victim.

Asked if emergency financial relief for customers erroneously cleaned out and left financially stranded by the incident was in place, an RACV spokesperson declined to comment what measures were in place other than to say customers were being dealt with on a case by case basis.

The exceptionally high number of erroneously repeated direct debits has also caused alarm across Australian banks because of the cascading effects of accounts being cleaned out and overdrawn.

Adverse consequences for customers have included the inability to access deposited funds or credit, missed mortgage and loan repayments and a range of fees and penalties that will now have to be waived or refunded on top of the wrongly accessed funds.

RACV’s customer nightmare has been similarly compounded by the archaic nature of Australia’s direct debit authority system that essentially puts the power to take funds in the hands of authorised merchants, in this case RACV.

This is because direct debits, which can be applied to bank accounts and scheme debit and credit cards (eg Mastercard, Visa, Amex) are essentially ‘pull transactions’, where the request to execute a transaction comes from the debtor or biller rather than being bowled-up by the customer themselves.

Put simply, individual payments are not authorised by account holders individually but rather pulled across by merchants as required.

The so-called authority to debit accounts also usually sits as a file held by merchants, and often their outsourced payments processors, which in turn flow through to a bank known as merchant acquirer.

The mechanisms, which are built on Australia’s aging bilateral payments infrastructure and are being replaced by the more secure and intelligent New Payments Platform, have long caused headaches and complaints for customers because difficulties and latency in stopping recurring payments.

Questions were swirling across the bank sector on Tuesday and Wednesday as to whether RACV’s merchant acquirer would bear some of the blame for the payments disaster in the event they failed to detect the same amounts being pulled in such short succession.

Two banking sources have told iTnews they believed monitoring systems should have picked up the aberrant transactional behaviour.

An RACV spokesperson declined to give technical details of how the incident unfolded or where the specific point of failure occurred.

RACV similarly refused to say how many customers the problem hit or the total sum of money wrongly extracted – but insisted the insurer was aware of these specifics and stressed the money was on its way back.

But it may be too little too late.

Posters to RACV’s Facebook on Tuesday were already mentioning the prospect of a class action, with vulture litigation funders certain to be circling the fiasco sniffing out a clip of potential compensation payments.

The price of remediation for RACV and banks is also likely to be steep, thanks to the high volume and value of wrongly extracted payments. The tentacle-like nature of interlinked financial systems means that credit ratings, loan status and incorrect financial distress flags for many customers will be in the mix.

A particularly odious process for institutions will the reversal of credit card authorisations that can sit around for around two days.

And that’s before loyalty and frequent flyer points come into play.

RACV has apologised to affected customers.

“All refunds were successfully processed overnight and will start to appear in accounts from today,” it said in a statement.

“We again apologise to all members impacted and encourage anyone with concerns or requiring immediate support to call us on 1800 675 958.”