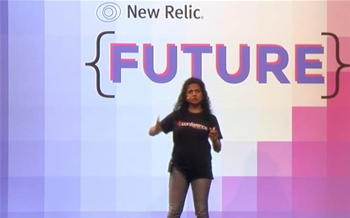 The challenge is sustaining the gains.

Telstra has almost 170 teams in its software engineering business unit that have adopted a DevOps mindset, though a challenge in some cases was getting teams to stick to the new ways of working.

Program director Ashima Gera Kulkarni told New Relic’s FutureStack summit that the telco had initially started its DevOps journey by getting five teams acquainted with the model before scaling it out to others.

Kulkarni prefaced her talk with a disclaimer that her views “do not necessarily reflect those of the companies she has worked for”, but frequently referenced her work at Telstra. She has since moved into a different role at Telstra in its Networks and IT unit.

“We had about five teams that we picked up when we got into the DevOps incubation mode. This was about a year and a half ago,” she recalled.

After just six months of shifting to a DevOps model, Telstra saw “stark improvement” in the way code was developed, both in the time and effort involved.

“Our lead and cycle times improved so of course faster time to market,” Kulkarni said.

“And our deployment frequency went up because we were building in shorter iterations.”

It now has just shy of 170 teams transitioned to DevOps. The telco at one stage set a goal of transitioning 400 teams to agile methodologies by 2019, though it's not clear if the two numbers are related.

Regardless, Telstra still sees more to do to get to where it wants to be on DevOps.

One of the ongoing challenges is in sustaining the change that had been created and realised.

“One thing I learnt through my experience - and of course I’m not a big fan of policing things or having high governance - but what I did see is the moment a team goes into a DevOps model, they reach a particular maturity point, they tick a box and say yes we are there,” she said.

“[But from] there onwards, they start going back to their old things.

“This was a regular habit. There was quite a few times I would see [a team] doing that.”

Kulkarni recommended establishing a kind of “lightweight governance” to pick up deviations from the plan.

“We have a tool that maintains this governance around teams,” she said.

“It flags to a team they were at this level of maturity because of these ten things but you’ve switched off on five out of the ten, what’s going on … so you know that your teams need help or they don’t believe in it or they just did it because they had to.”

Kulkarni also emphasized the need for strong leadership to build and sustain the DevOps movement.

“You need to find an executive sponsor who understands your vision and believes in it,” she said.

“So someone has to stand by you and say ‘we believe in it, let’s continue to do this’.”

She said that bringing in experienced practitioners was important to seeding the cultural change.

“What do you do with the teams? You hire good people, bring them in from all over the world, and infuse them with the teams,” she said.

“They should be sitting and working with the teams day in and day out.”

Kulkarni also said that a focused training program was also beneficial for keeping teams on track.

“Some conversations about why you need to change and transform become much easier when you upskill your people,” she said.

Telstra had also invested in a range of technology tools to help people, including “cloud platforms and tools like New Relic”.

“Give them all these tools and you will see widespread adoption,” she added.