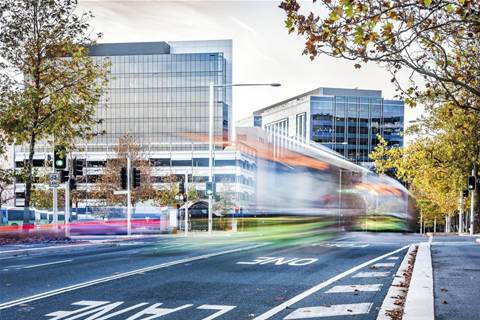 To better use bus fleet.

The ACT government is currently investigating demand responsive transport (DRT) to offset the reduced number of fleet resources once the new network is implemented in early 2019.

The move comes as the ACT government continues to fend off criticism over recent changes to bus routes and times.

To address this, the government this week began looking for a “demand responsive transport (DRT) software solution” to help juggle its dwindling resources more appropriately.

The commercial off-the-shelf SaaS solution will deliver a smartphone and web application for users to book services, designate pick up and drop off points and track vehicles in real-time. Users would also be able to phone to book directly with an operations centre.

The solution will initially be small-scale and limited to flexible bus transport services, described as “quasi-DRT services” for transporting the disabled, elderly or those unable to use other public transport services around the city on demand.

However the Territory said it “may seek to increase the service offering to include other areas/demographic groups within Canberra”.

Community feedback on the current transport system this year revealed 60 percent of respondents wanted demand responsive services to service residents that could not access a regular bus stop.

Research by CSIRO's digital arm Data61 has also previously found that lower customer demand on weekends and at night makes a ‘hub-and-shuttle’ system appropriate for off-peak public transport in Canberra.

“The idea is to replace many low-frequency, fixed-schedule services with a multi-modal bus/taxi combination,” the research states.

“The buses run a high-frequency, fixed schedule service through a number of hub nodes, while multi-hire taxis shuttle passengers between their local bus stop and their nearest hub.”

As such, the Territory expects the software solution “be scalable” to allow additional DRT services, and allow for integration with other future transport system like payments, ticketing or journey planning.

The supplier will also need to provide the devices required for drivers to deliver the transport services.

Any other DRT service operations would be provided in-house, including the vehicles and drivers needed to support the service.

Similar on-demand transport services have been offered in Sydney since December 2017, but results from the timetable-less public transport trials to date have been mixed.

The trials have been strongest in Sydney’s eastern suburbs, northern suburbs and the Sutherland Shire, while other areas like Wetherill Park and Bankstown have been slower to adopt new services, according to Transport for NSW figures reported by Fairfax.

Poor patronage in some areas has reportedly seen some trips costing the government more than $2000 per person, according to news.com.au.