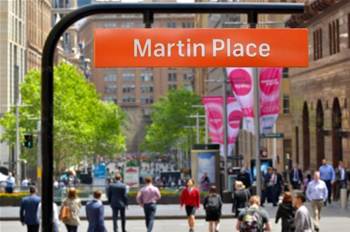 As it pursues internal fintech overhaul.

Australia’s most swollen public purse box, the NSW Treasury, has put out a casting call for a chief information officer as the central agency continues to pursue its “outcome budgeting” approach to managing money and looks for a new digital-savvy transactional bank for the state.

The role, which answers into the deputy secretary of corporate services Sonia Kammel, is certain to be hotly contested thanks to Treasury’s hard won reputation for pushing the strategic application of technology across government to bolster service delivery and rein in costs.

Technology shops with Australia’s banks are seen as a prime hunting ground as reputation-battered retail institutions continue to be buffeted by fallout from the Banking Royal Commission and stiff competition from fintechs and FANGs platforms.

The path between banks and NSW Treasury is already well trodden. Former Premier and Treasurer Mike Baird came from and returned to the finance sector, as did previous Treasury Secretary Rob Whitfield, who famously took a $4 million pay cut to move to the public service.

The NSW Treasury’s approach to market for banking services is one of Australia’s most closely watched projects because the call for expressions of interest in early November 2017 specifically called out innovation and evolving technology in its documentation.

“The Information and Communication Technology (ICT) team provide support for our digital workplace and are responsible for the performance and reliability of our core business systems, such as Prime and Salesforce, as well as our internet and intranet sites,” NSW Treasury’s CIO role description says.

“The team also help to protect the confidentiality, integrity and availability of our information and systems and ensure that our documents and records are stored, approved and retained appropriately.”

Treasury is recruiting directly for the role, with applications closing on Sunday 11th November.