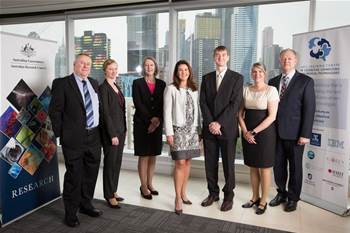 To ponder mind-controlled prosthetic limbs and much more.

The University of Melbourne has become home to a new training and research centre seeking to develop artificial intelligence (AI) applications for medical technologies.

The centre, which received $4.1 million in funding from the government, will be led by professor Timothy Baldwin from the university’s Department of Computing and Information Systems.

"Artificial intelligence is a burgeoning area with huge potential for positive impact to the Australian economy and healthcare outcomes, and we are delighted to progress this new Training Centre,” Baldwin said.

"The centre will be a training ground for a new breed of commercially-savvy AI researchers with deep expertise in medical technologies, to drive future innovation in data-driven medicine in Australia.”

Hume said early-career researchers at the centre are also set to benefit from close ties with industry partners who can help prepare them for the workforce outside of academia.

Education minister Dan Tehan added that students and researchers at the facility could produce “data-driven personalised medical devices and applications,” thanks to developments in AI.

“This could mean helping predict epilepsy seizures to restoring mobility to amputees and people with paralysis.”

The significance of such breakthroughs isn’t lost on tech giant IBM, whose Australian research division is already eyeing off graduates on the centre’s opening day.

“This is precisely what this Centre is all about - building and shaping future talent which will have the skills to develop and apply cognitive computing technologies to support Australia’s digital transformation in health,” said IBM Research lab director professor Iven Mareels at the launch.

“The development of the next generation of scientists is incredibly important. IBM wants to be part of creating that future."

Other stakeholders in the centre include Western Sydney, South Australia and RMIT universities, plus the CSIRO, Medtronic Australasia, St Vincent’s Health, The Florey Institute of Neuroscience and Mental Health, Melbourne Academic Centre for Health, and Cogstate.