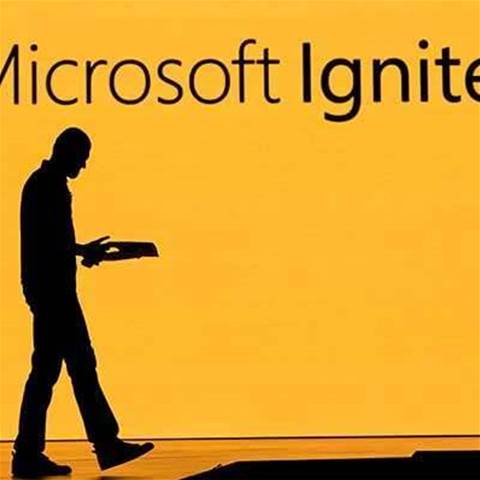 Microsoft has kicked off Ignite, its annual event for IT pros and developers, with 79 new product announcements.

The order of the announcements, revealed to iTnews in a pre-show briefing, is perhaps as interesting as the products themselves, because the advent of enterprise stalwarts Windows Server 2019 and SQL Server 2019 have been buried as nice-to-knows unworthy of much upfront detail. Windows Server 2019 greatly improves Microsoft’s hybrid cloud, software-defined storage and software-defined networking capabilities. Microsoft’s reason for downplaying these releases can be found deep in the long list of new products, one of which is called “Hyper-V assessments in Azure Migrate” and promises “to plan migrations of Hyper-V virtualized workloads to Azure.”

Which is why Microsoft’s oldies aren’t front page material any more: the company wants you in the cloud an using its apps.

Hence a plan to do away with passwords as its lead offering. That plan will see password-free login to almost anything that can be integrated with Microsoft Authenticator. Additionally, the company has made Azure Active Directory capable of initiating password-free authentication.

IT pros and developers were thrown some meatier fare next, in the form of news that SQL Server’s scalability’s been boosted in Azure and backed with fast storage. A Python Azure SDK for Azure Machine Learning was billed as making the service more accessible to more developers and giving data scientists an easier ride too.

Next came an explanation of how Microsoft has two threads for AI. The other is services for developers, like the new “Cortana Skills” effort that will let enterprises create custom commands with Microsoft’s voice assistant.

The other is practical AI in personal productivity apps.

There’s a bit of Back to the Future here because one of the new AI-fueled efforts sounds a lot like the much-lampooned “Clippy” from Office 98. The new tool is called “Ideas” and is billed as “a new feature that follows along as you create a document and makes intelligent suggestions.” How so? “In PowerPoint, Ideas recommends designs, layouts, and images. In Excel, Ideas recognizes trends, suggests charts, and identifies outliers in your data.”

AI will also mean that backgrounds in Teams video chats will be blurred, on the off-chance your toddler walks in mid-chat. A new AI-powered transcription feature feels more immediately practical.

Microsoft also wants you to be excited about a new feature that lets users hook into LinkedIn so that Outlook can send emails to connections without needing to know their email addresses.

Edge computing was deemed worthy of an explanation, especially a preview of the new “Azure Data Box Edge … a new product to transport data in and out of Azure” that is equipped with AI-enabled edge computing capabilities to help you analyze, process and transform on-premises data before uploading it to the cloud.” Which sounds an awful lot like Microsoft getting into the edge gateway business.

Among the myriad announcements that Microsoft was content for reporters to look up in a 28-page “Book of News” were:

And that’s just the stuff that stands after a first read of the “Book of News”.

Microsoft has promised more new stuff will be announced once CEO Satya Nadella takes to the stage.