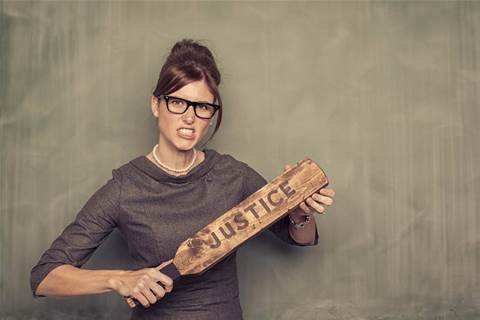 Telstra and Vodafone's data plans were structured with a set amount of data quota offered at uncontended speeds, which were then throttled to 1.5Mbps for the remainder of the billing cycle.

Optus, meanwhile, limited its entire plan to 1.5Mbps speeds and called it "unleashed". The plan never made it beyond a "promotional" period.

The structure of the plans mirrored similar offerings in regional markets such as Japan, where so-called "all you can eat" plans have recently cropped up but have severe speed restrictions.

Telstra conceded in FAQs on its website that the utility of 1.5Mbps rate-limited services could be limited.

"A speed of 1.5Mbps allows basic internet browsing and social media use, although your pages may be slower to load," it said.

"It’s also enough to watch video streaming services like Netflix and YouTube in standard definition. But you may get some buffering and pausing."

Other FAQs in that series that answered questions such as "Does ‘unlimited data’ really mean unlimited?" have been taken down.

Sims lashed out at telcos for making misleading claims about their services, warning them they faced fines of $10 million or more if they breached customer protections.

“It is about time they showed more respect for their customers and the Australian consumer law,” he said in a statement.

The ACCC said caveats and conditions for services from the big three telcos were not sufficiently clear or prominent to consumers to highlight the impacts of the limitations.

It is not the first time that telcos have been pinged by the ACCC over their use of the word "unlimited" in marketing.

Optus was previously fined in 2010 for offering “unlimited” broadband that introduced a crippling speed cap after users reached a specific data allowance.