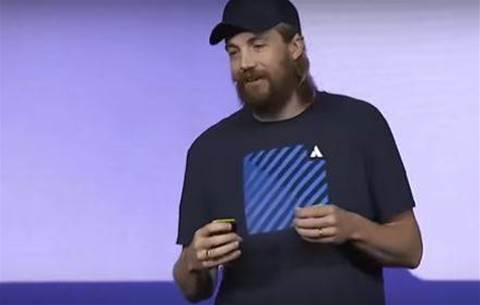 There used to be a time when software vendors bathed in the warm glow of being selected by a big corporate to validate their products and services to the market.

And then came Atlassian.

These days even customers like banks trumpet their newfound affinity with agility delivered by the NASDAQ-listed maker of Jira and Confluence, as business chiefs seek kudos from digitising their lumbering enterprise systems and culture.

So it was on Thursday when retail bank ANZ became the latest institution to trumpet that it has signed a new enterprise agreement with the Australian collaboration and software development phenomenon.

If something seems back to front or upside down, it’s because it is.

When was the last time you saw a client of SAP, Oracle or IBM shout from the rooftops that they were swallowing not just a vendor's software but its entire philosophy and way of life?

“We are already well into our agile transformation at ANZ and working closely with Atlassian will help accelerate our progress in continuing to turn a 180-year-old organisation into a workplace for the digital economy,” ANZ’s group executive for technology Gerard Florian said.

There is no price tag specified for the deal – and it didn’t even make the cut for Atlassian’s announcements to the market.

But the deal is not primarily about the money (ANZ shareholders excepted).

The real message in the Atlassian announcement is the very conspicuous admission by a major financial institution of an urgent need to find new ideas and culture.

Ideas that can chase out monolithic, change resistant groupthink, preferably without senior executive frogmarches at dawn.

ANZ’s language is telling. It’s calling the deal “a strategic partnership” and the ‘agile’ buzzword is hammered six times in an announcement of just half a dozen paragraphs.

“Atlassian has a reputation for developing and delivering world-class software solutions, but also a different way of thinking about agile-based work, so this relationship is about more than great software for us,” Florian said.

“You have to be open to really succeed in switching to an agile mindset, and it’s great to see that openness to change, even when it’s tough, from ANZ.”

In other words the patient (sorry, customer) has to want to change. You have to want to live without waterfall and be ready to embrace uncertainty (except in guidance to the ASX).

But there is uncertainty coming, and in spades.

But beneath those optics there are pressing market issues at home confronting not just ANZ, but the whole financial services sector here.

Next week bank-owned payments service BPAY will launch its national media campaign for Osko, the overlay service for the New Payments Platform that will now include both ANZ and Westpac, reportedly six months later than first anticipated.

Osko essentially enables real time payments between customers of banks via BPAY, an innovation that changes the dynamics of the payments industry and possibly the commercials of merchant customers.

Because ANZ and Westpac came late to the real time party, BPAY diplomatically had little choice but to hold off on championing what is really a systemic change.

But now that it is away, the starting gun has been fired for myriad other third party overlay services to play in the same space, potentially competing for services that banks might otherwise sell as value added services.

Think apps and the integration of payments directly into apps and services like accounting packages and mini-ERP suites for the likes of tradies and other service providers.

It means that banks, after decades of calling the tune and setting the rules for software developers, very quickly need to embrace and integrate new services as they appear and are taken up.

As far as bank investors are concerned (and there’s a lot of superannuation funds in there), retail institutions need to do a lot more than just talk up innovation. They need to show they are eating it three times a day.

This is where ANZ’s highly conspicuous commitment to Atlassian’s way of working comes in – at its core it’s a public attestation of faith that big bank culture can change to embrace and exploit the new (hopefully for the public good).

ANZ hasn’t been timid about parading its conversion to digital theology. The head of its digital bank, former Googler Maile Carnegie, famously commanded a higher first year salary than the CEO.

ANZ CISO Lynwen Connick has been plucked straight from the top ranks of the government cyber securocracy, a prescient hire in the current shape-shifting threat landscape.

Timing could also be on ANZ's side. The institution, which former CEO Mike Smith used to routinely joke was a technology company that dabbled in financial services, will have a bedded down execution team as Sydney rivals CBA and Westpac renew their tech leadership.

Having arguably started its core technology refresh a little later than other Australian banks – although with some smart tactical plays like backing rather than shunning Apple Pay – ANZ’s senior management and tech team are renewed and rearing to go.

If you were to cast the bank as a band ready to hit the studio, Atlassian would be akin to the seasoned producers able to tease and coach out the raw elements that deliver a series of hits.

Founders Scott Farquhar and Mike Cannon-Brookes have already assumed alternative rock star status in the technology world thanks to challenges and outbursts like the infamous bet on the South Australian Tesla battery.

And while it’s very easy, and sorely tempting, to sneer, roll eyes and groan at big banks trying to find their agile mojo – especially when they over-egg the buzzwords – there is some goodness under all the froth.

For once an Australian bank has proudly backed an Australian software maker and sought to benefit from their gain rather than trying to force down licensing costs in return for a tick of approval from a blue chip.

That’s not such a bad example to set, and one ANZ’s peers and government could learn and benefit from.